I've had this post sitting as a draft for a couple of months waiting for a particular meme to start again but, the person who hosts it has found that her time is limited and she probably won't be continuing (which I totally understand). So, I figured I would post it anyway...

I don't profess to have a lot of photography knowledge. I am mostly self taught both with my camera and in post processing (where I use Lightroom 4).

This is one of my first long exposure shots, taken at the end of August, and shot in AV mode (as I had no idea of settings back then). As you can see the original SOOC RAW image is quite dark (it wasn't that dark when I took this). The lights on the bridge, the reflections on the water, the ferry trails & buildings are not as clear or bright as it was when I took the photo. 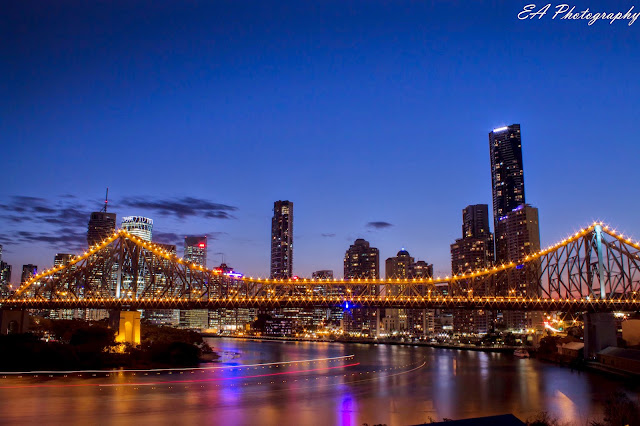 So, I increased the exposure, and added a little clarity. The buildings now stand out, the reflections, ferry trails, lights & buildings are much brighter & clearer. 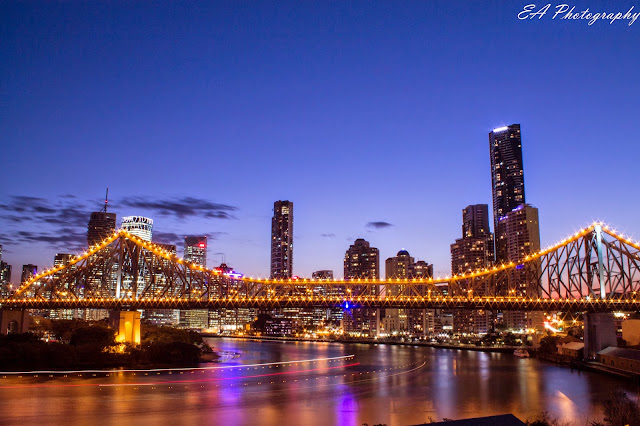 Finally, as I don't own a wide angle lens (I use my 18-55mm kit lens for landscapes) I straightened the buildings using the lens correction, vertical perspective, tool. And this was the finished product. 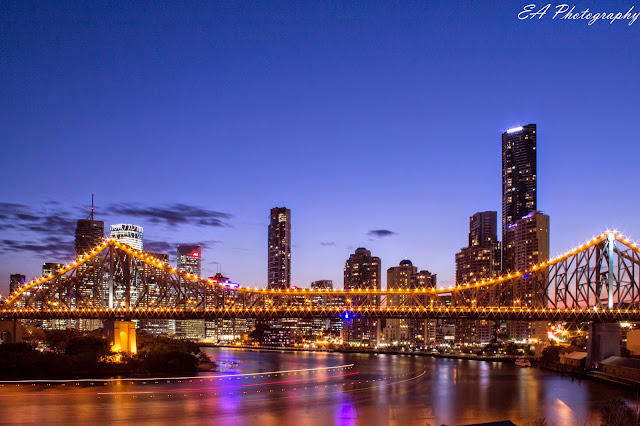 The only other change I would make (if I owned a remote) is to increase the exposure from 30 seconds to 60 seconds so I can capture the full ferry trail around the bend in the river. However, the longest exposure I can set without a remote is 30 sec.

If this had been a JPEG image, there is no way I would have retained the image quality with the small amount of editing I did.

The beauty of shooting in RAW is that the image isn't pre-processed by the software in the camera. Shooting in JPEG is OK but it means that the camera software does it's own editing/processing and discards certain details of the image that the software doesn't see as necessary; you can't get those details back.
RAW images are much bigger than JPEG (usually twice the size or more) but what comes out of the camera includes every minute detail the camera sensor captured. When you edit the image you won't lose image quality like you do editing a JPEG image.

I do hope this has been helpful.
Posted by Liz at 5:14 PM

an interesting post Liz. My camera doesn't have RAW options, so I can't try this out but I enjoyed learning how you went about the changes you effected

you do a remarkable job, liz!