Duranbah Beach, officially known as Flagstaff Beach, is the northernmost beach in New South Wales. Located in the Tweed Shire, Duranbah Beach is situated between the mouth of the Tweed River and the rocky headland Point Danger which also marks the Queensland-New South Wales border.

The following images were taken a while back (in Jan 2013 to be exact) while enjoying the view from Point Danger. 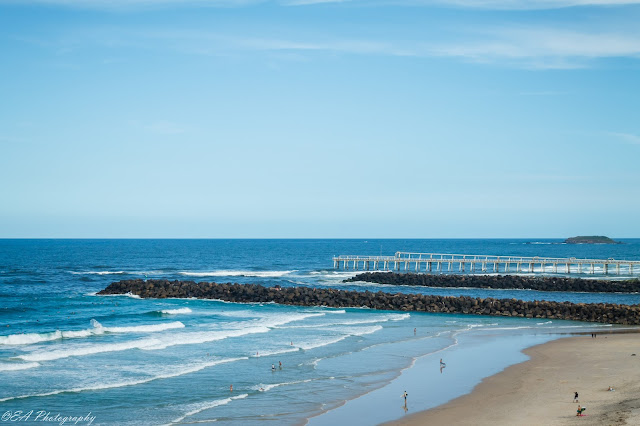 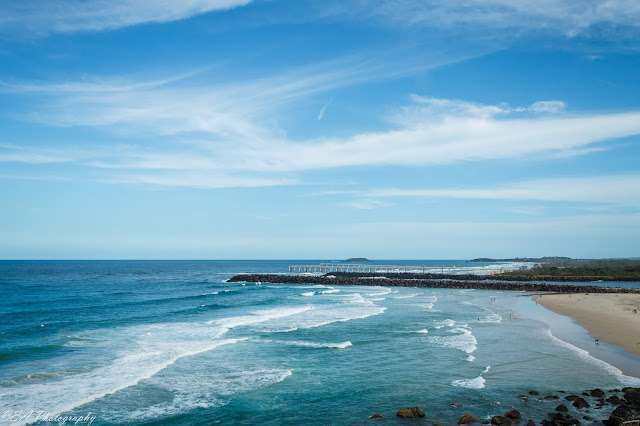 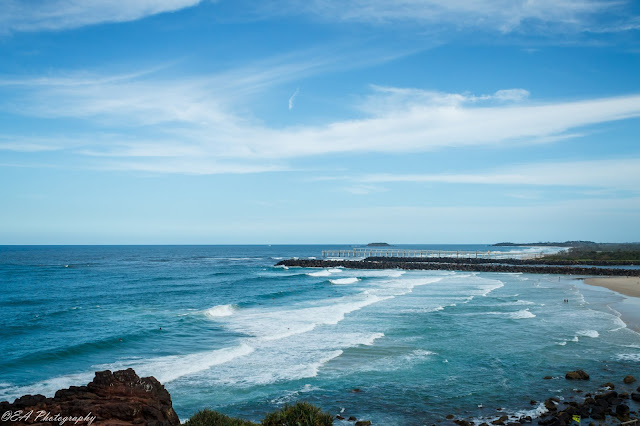 Duranbah Beach is well known by surfers for its surf break and large swell, it is recognised both nationally and internationally as having a powerful, high-quality surf break for both surfers and bodyboarders. Big surfing events have been staged there including the "Quiksilver Pro Gold Coast", a worldwide professional surfing competition which is held here or around the headland at Snapper Rocks depending on the conditions. 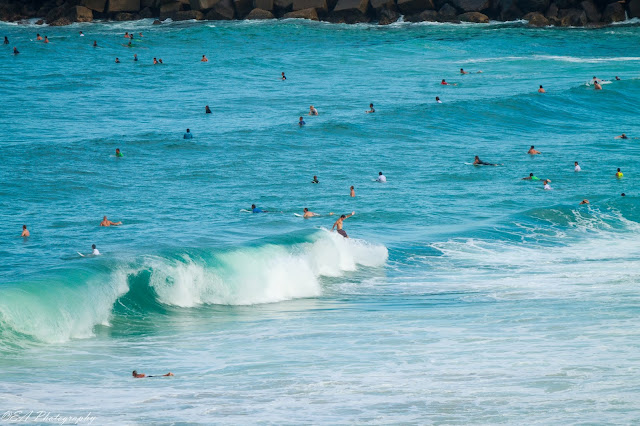 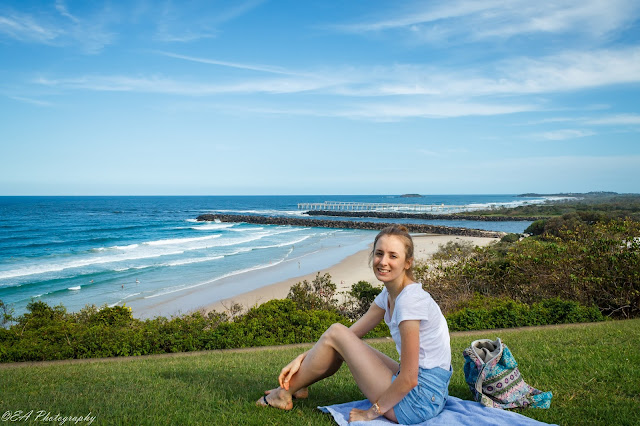 My husband, Michael, enjoying the view. 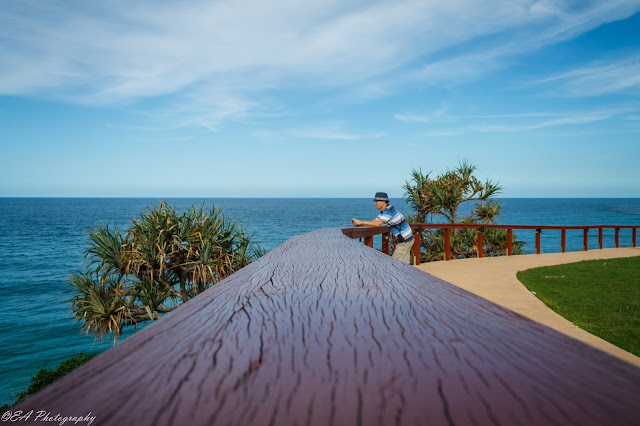 An Eastern Water Dragon on the headland. 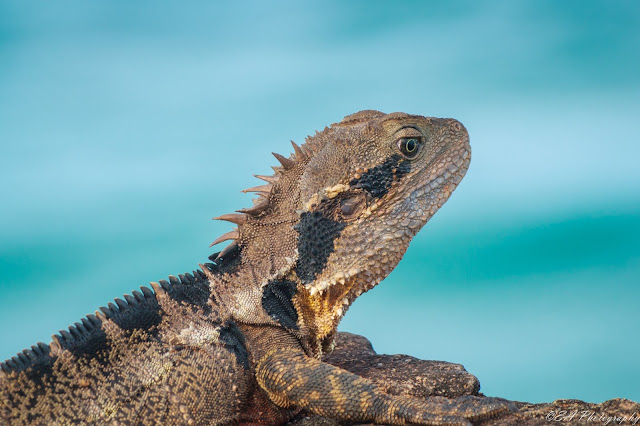 Wow!Wonderful pictures! I wish I could be there!

Beautiful of the dragon, and the rest of your family, superb.

WOW! The beach scenes are truly beautiful! So BLUE!

The sky and the ocean are so beautiful!

A very nice series of photos! I like the shots of your husband (great composition) and the water dragon, but all good shots.

Such beautiful views,love the dragon!

You have a lovely family. And the beach looks awesome. Cool shot of the surfers. Lovely photos. Have a happy weekend!

Great pictures, of the sea and the beach, and the lizard! I like the palette of blue colours.
visiting from Skywatch Friday, greetings Hilde
http://stapjesonderweg.blogspot.be/2015/10/i-am-eye-in-sky.html

Beautiful beach! Lovely photos of it, and the dragon and of course your lovely daughter! Must have been a great day!

That is so interesting to see your photos of an area we often visit. You give a different perspective to the ones that i took from the same place. I love the one of your husband looking at the view, the way you have shot down the rail. Nice one.

Beautiful pics from a spot that I really love. Hopefully we can get back down that way again soon! xoxo

I really like the one of the handrail that shows all the cracks in the timber. Very creative & excellent shot.

The beach will always have a space in my heart! It dates back when I was still exploring the idea of having my own storage franchise – the beach provided a quick respite after tiring days and weeks exploring areas and doing the business plan. Nothing beats clear skies and blue waters to chill and relax.