Urangan Pier is a historic pier in Urangan, Hervey Bay, Queensland, Australia. It is one of the longest in Australia and stretches for almost one kilometre into the ocean. 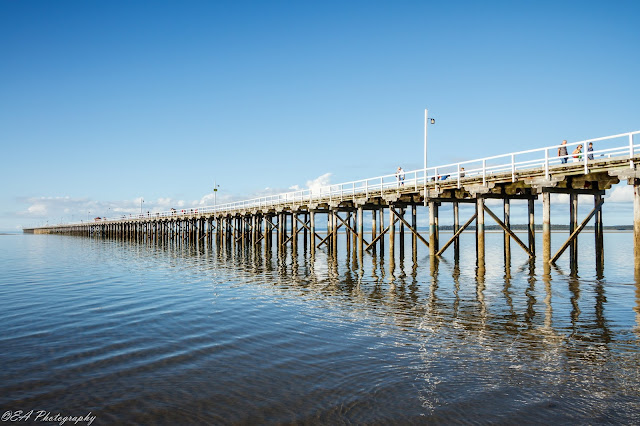 It is a former deep-water, cargo-handling facility originally built to facilitate the export of sugar, timber and coal. The pier, served by the extension of the railway line from Pialba, was used for the transfer of cargo between rail and ships. It was built between 1913 and 1917, originally to a length of 1107 metres (1.1 kilometres). 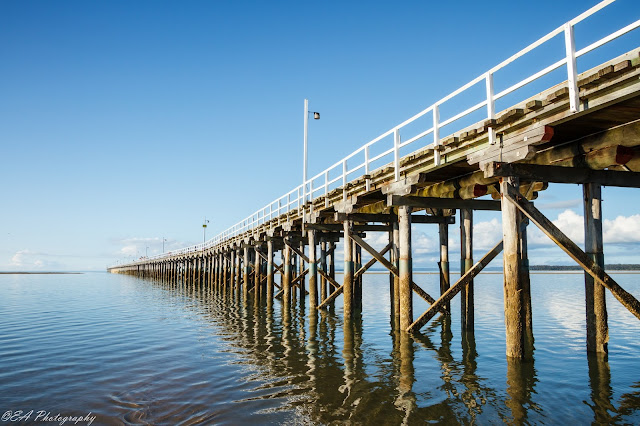 The pier was closed in 1985, and 239 metres of it was demolished. However, due to public outcry, 868 metres of the pier was left, and the land was handed to the Hervey Bay City Council.


By 2009 the last 220-metre section of the pier had been fully restored, and the original timber pylons had been replaced with steel pylons with a plastic covering. 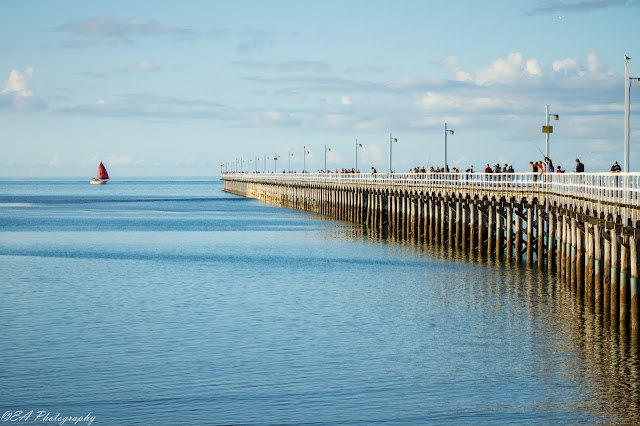 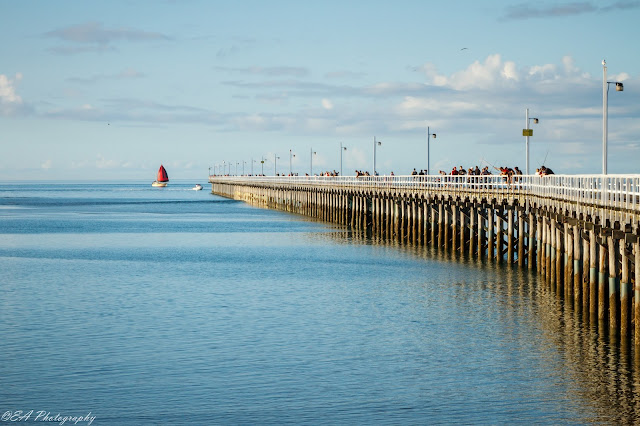 I love the composition of that second shot!

Great photos of an interesting bridge!

The leading lines in these shots are fabulous. Bridges and piers and some of my favorite images. Visit from Our World Tuesday.

Great composition, Liz. I especially like the second shot. It's a terrific pier.

Wow! Liz - what a wonderful structure to photograph and you have done that beautifully. Makes our jetties here in Adelaide look really short.

Gorgeous..and that red sail boat is the perfect finishing touch!

What a very long jetty. I have nevr seen such a long one before. There is something about them that I love. This one is a beauty.

Interesting information and great photos! That is a loooooong pier!

Hello, pretty shots of the pier and the sailboat. I am glad it was restored, it is a great attraction. Enjoy your day and weekend!

Fabulous shots. The pier looks to go on forever. Beautiful!

Wonderful photography! A most impressive pier.

So beautiful. Loving those last 2 shots.

Wow, that is a long pier. Nice composed images.

Fantastic shots of the pier. Have a lovely weekend.

What a fabulously beautiful pier