On Sunday, we took another trip up to Mt Nebo so the girls could feed the birds at the tearooms we visited the week before. This week we were delighted to find even MORE Australian King Parrots (the girls counted over 16!!) and also over 20 Rainbow Lorikeets.

The Rainbow Lorikeet is unmistakable with its bright red beak and colourful plumage. Both sexes look alike, with a blue head and belly, green wings, tail and back, and an orange/yellow breast. They are often seen in loud and fast-moving flocks, or in communal roosts at dusk.

The Rainbow Lorikeet is most commonly found in coastal regions across northern and eastern Australia, living in a wide range of treed habitats including rainforest and woodlands, as well as in well-treed urban areas. It feeds on the flowers of shrubs or trees to harvest nectar and pollen, but also eats fruits, seeds and some insects.

The bird photography session was a great success. Bird feeding for the girls (and me), loads of images I was veryy happy with and some great detail of these colourful birds with great textures. 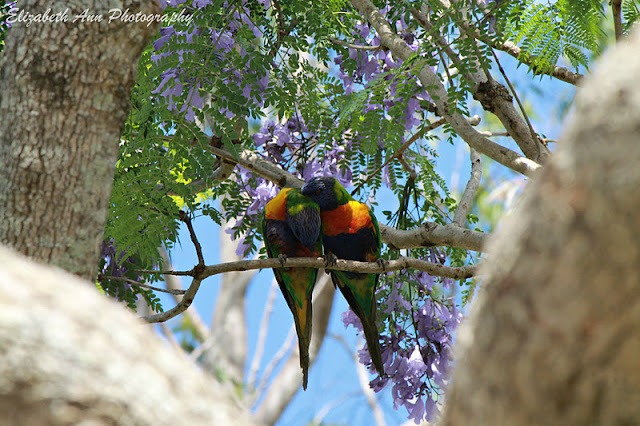 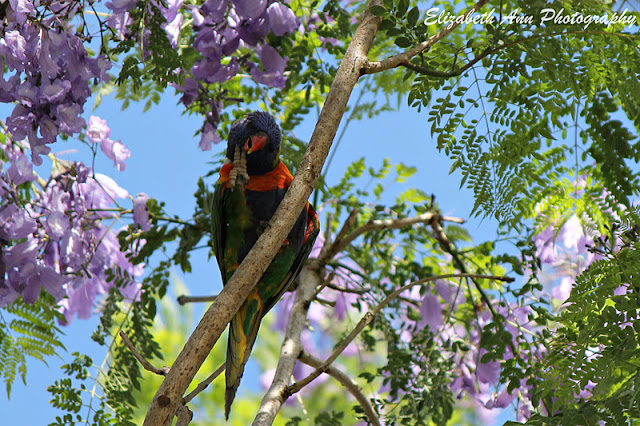 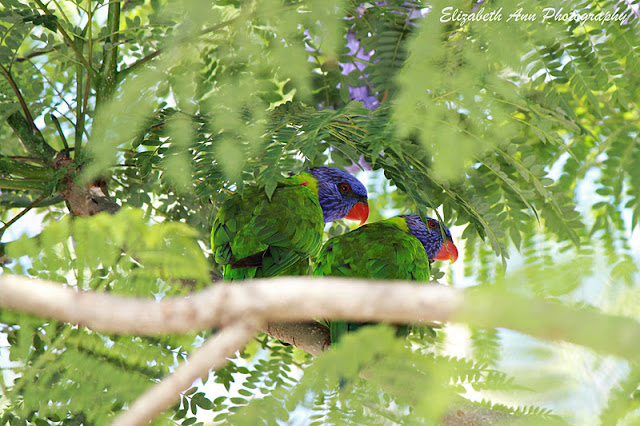 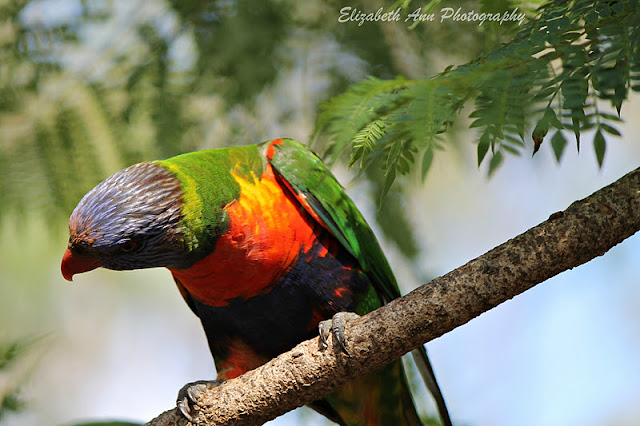 They are cheeky acrobats 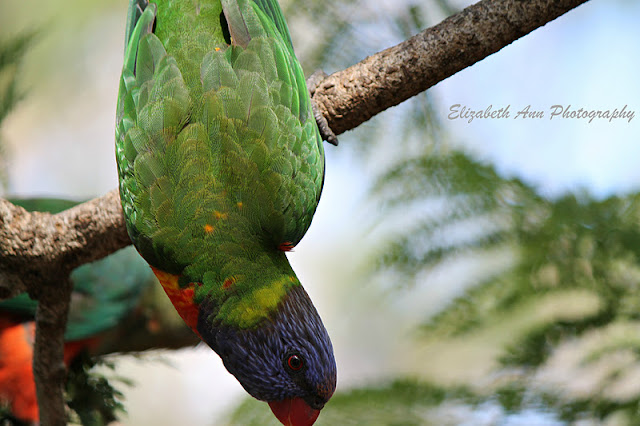 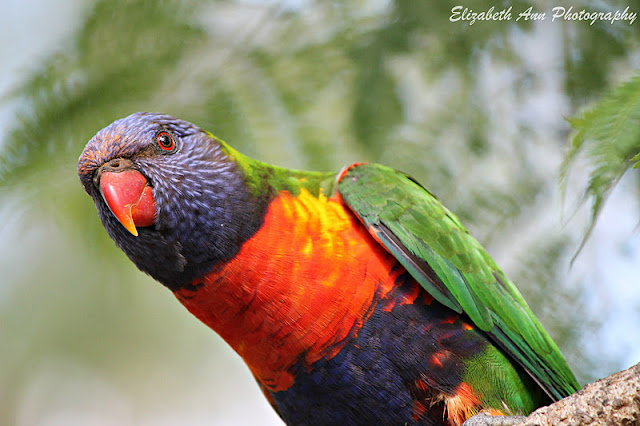 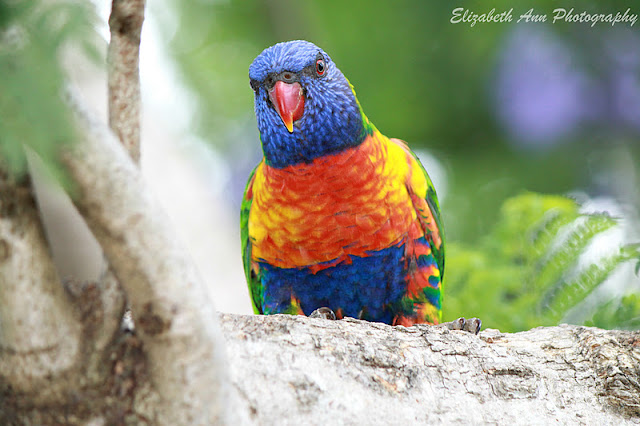 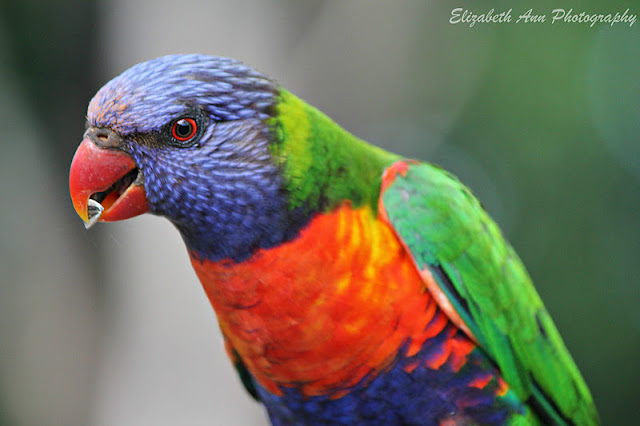 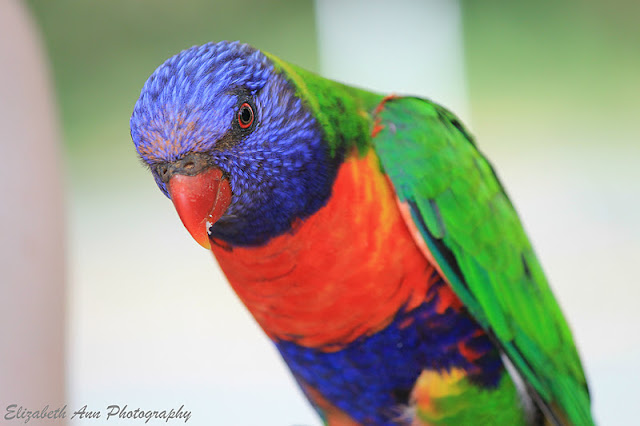 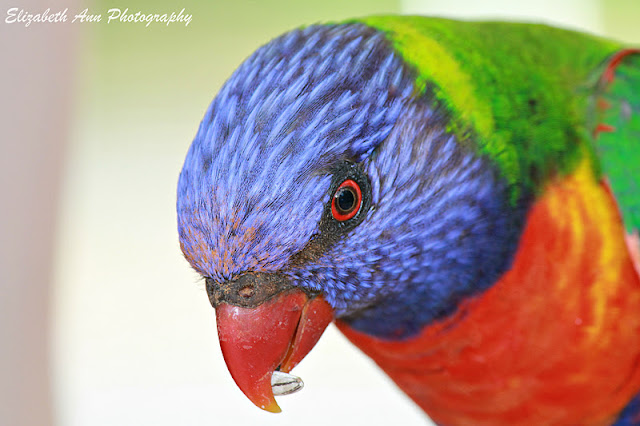 I hope you enjoyed these as much as I enjoyed capturing them!

These birds are really wonderful they have beautiful colors liz.

Great photos of beautiful birds. These are my most common yard birds and I love them!

Wonderful images of your beautiful birds... many thanks for sharing them.

Oh they are so beautiful and the tree where they are is also very beautiful. I love parrots, my parents have one we got it when I was six years old. His name is Otto and he has living with us 35 years and before us he was 10 years in other family so we don't know how old he really is. He is Amazon parrot.

Wonderful photos Liz. Love the third and last most. I didn't think you would be able to get so close. They must be very used to visitors. Made your outing all the more special I'm sure.

Wow, you manage to get quite close. They are so pretty with their colorful plumage.

Amazing Liz. How is color like this possible? What a treat to experience the superb detail of your photographs. The blue feather pattern on the head, the red eye...I'm at a end for the proper words to express the wonder of it. Thank you for sharing!

Those last three shots are stunning - the colors and clarity are just superb!

thanks for your compliment :)
wonderful photos! the birds are so beautiful! see you ♥

These are spectacular. Your SOOC are amazing. You really have an amazing eye for nature.

Brilliant photos of such a beautiful bird. I'm always amazed at the stunning colours on such a little bird whenever I see them.