It seems every time I go out with my camera lately, I come across a lifer or two. I have so many new birds to share.

This week my hubby (aka my driver) had a weekday "rostered day off". So, after an early doctor's appointment, we went to a local birding area in Wellington Point that I had heard has hundreds of migratory waders (more lifers there). That 100-400mm lens on my wish list would have been brilliant. After that we drove down to Wellington Point Reserve & beach, on Moreton Bay, for a walk along the water. Here I discovered more lifers.

While walking along the path near the mangrove trees, I heard an unusual call in a tree,  so I took a closer look and discovered a fluffy juvenile bird sitting on a branch nearby it's nest calling for it's parents I assume. The adults were nowhere to be seen so I snapped a few shots having no idea what it was. 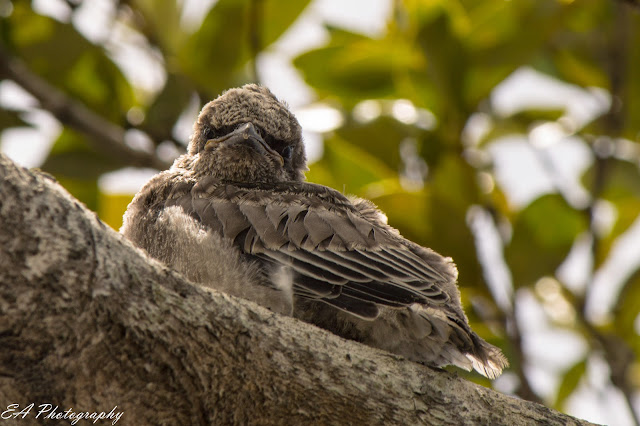 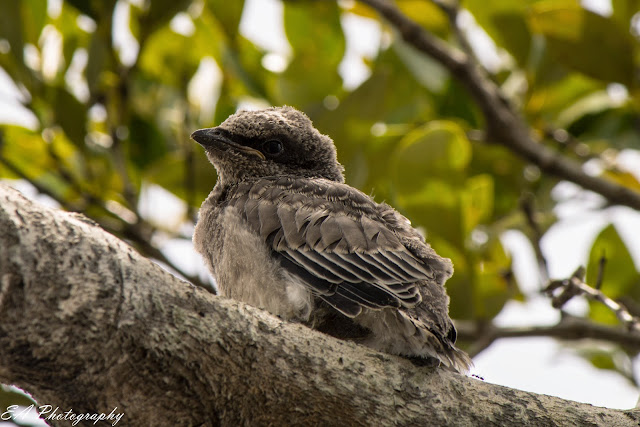 And here are the adults that turned up about half an hour later. They were acting very territorial and chased away a Sacred Kingfisher (I got a single shot of it before it took off with the 2 Cuckoo-shrikes going after it) 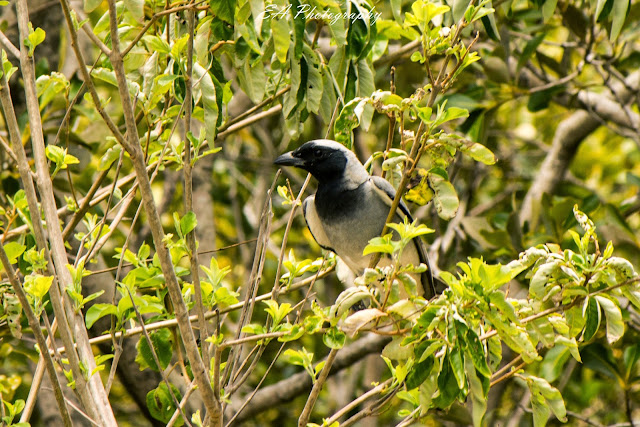 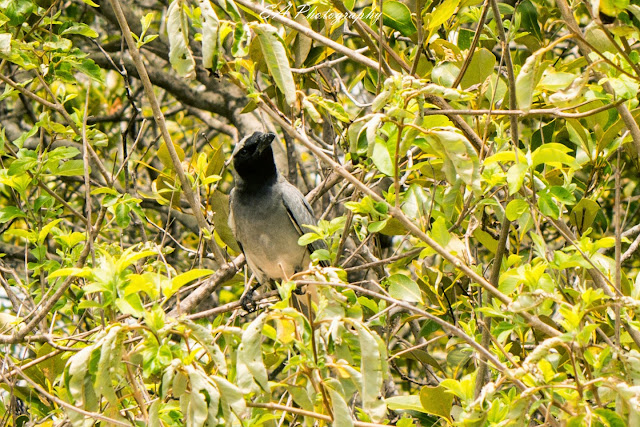 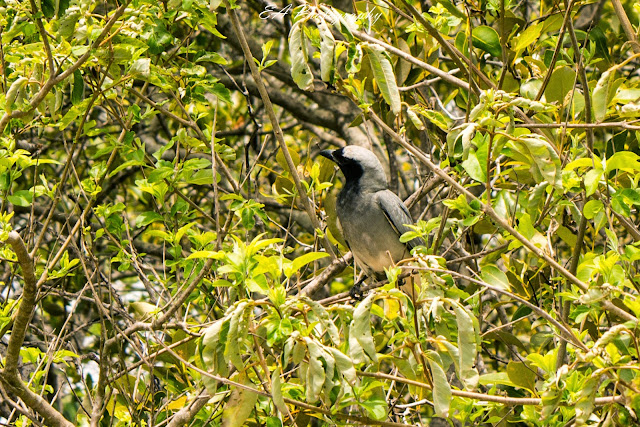 I still had no idea that the baby was related to the adult birds as they were a few trees away. Thankfully I am a member of 3 birding groups on Facebook and 2 of the members were able to ID the young bird.

Did you know: Cuckoo-shrikes are neither cuckoos nor shrikes, but are so called because their feathers have similar patterns to those of cuckoos and their beak shape resembles that of shrikes.

beautiful adults, but that baby is adorable. :)

Beautiful photos of the baby.

Yet another new bird to research! I'm going to have to move down under before long!
Great shots and informative post. Thank you!

Amazing shots I just love the fuzzy face of the baby. You are an amazing photographer. B

Haha, that baby looks a bit grumpy - maybe he thought you were coming between him and his food!! You'd never guess there was a connection between them though ...

Beautiful baby! I love the grumpy expression you seem to capture in the first shot. Interesting info, too.

He's so cute! I love his little chubby, fussy face.

A lovely serie of photos. A perfect post for WBW!

What wonderful shots of that baby and the adults. When you compare him to the adults you can see the beginning of that black mask and whitish breast.

Great photos of the Cuckoo-shrikes.

I can see why that chick would have been hard to identify!

Nice pictures of the Cuckoo-shrike. I find it interesting how the Common names of these birds tries to force Australian birds to be British!

Cheers and thanks for linking to WBW - Stewart M - Melbourne.

What a precious little bird and the parents are wonderful, glad it was safe for the day...magnificent opportunity~

Wow! What a find!
That little one is just precious.

Awesome shots of the Black-faced Cuckoo-Shrike Liz! Not only did I not know that they are not a Cuckoo or a Shrike, I didn't even know they existed! The adult birds are very handsome and that chick is just cute as can be!

Beautiful and I learnt about something new.

Well done you with this lifer - and what a smashing bird to get.

The juvenile image is adorable.