Last week was an awesome week for lifers and in the most unexpected places. This post I will share the first 2, as they came from the same little reserve.

This male Red-backed Fairy-wren wasn't cooperating, hiding & flitting about at a great rate. 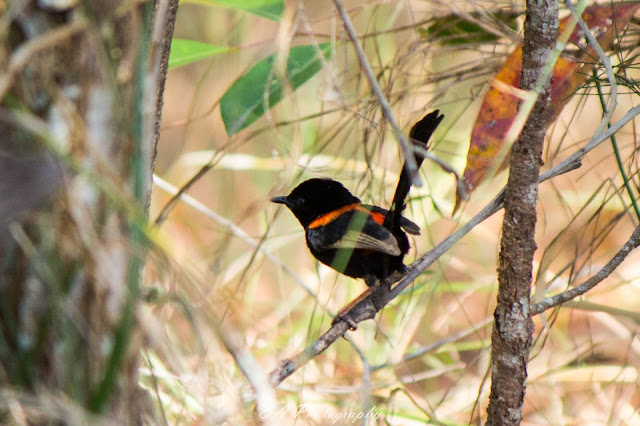 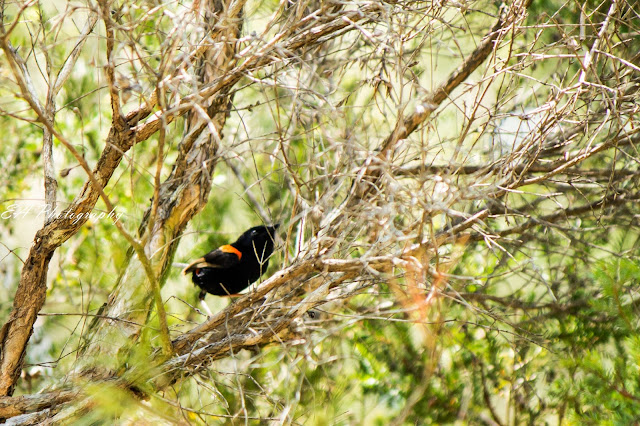 Finally, after around 10 shots, I managed a relatively clear one... 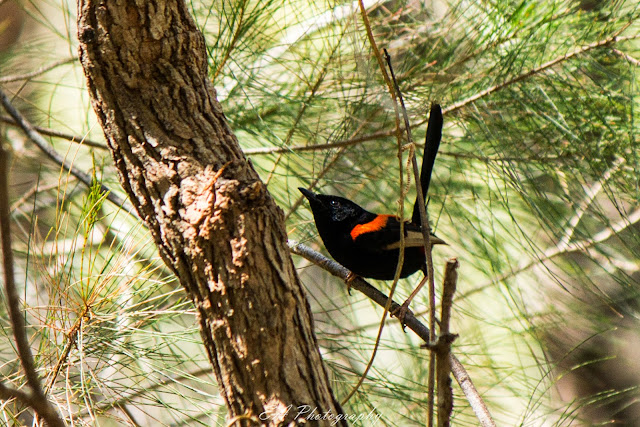 The next little gem; a male Variegated Fairy-wren, proved equally as quick and determined not to give me a clear shot. With him hiding amongst the branches, my camera struggled to focus clearly with all the movement.. 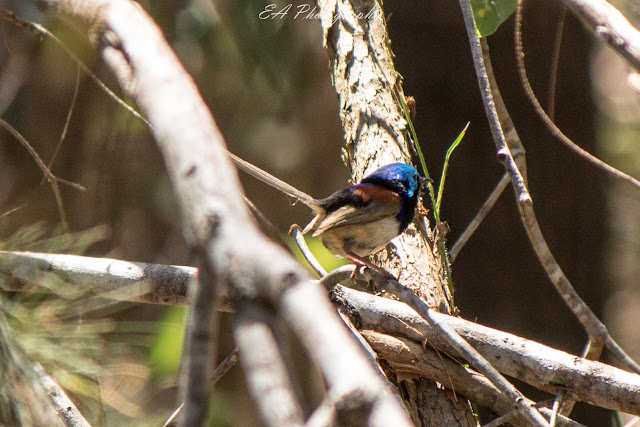 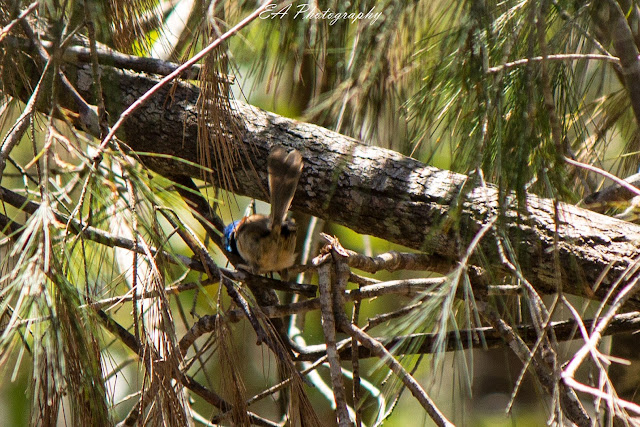 Almost got him, but not quite! Some long grass just masking him a little... 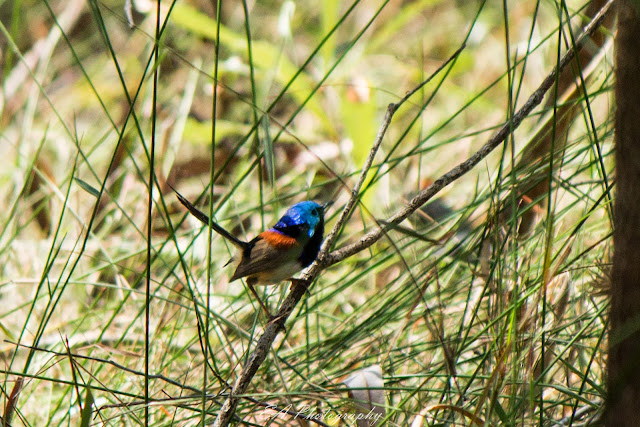 But again, finally I managed a relatively clear shot... 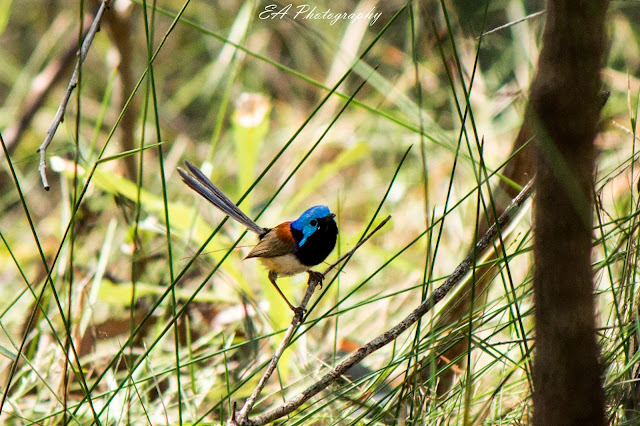 Aren't they just gorgeous!!  I have now ticked 3 Fairy-wrens off my list.

Joining in with Stewart's meme:

Congratulations! They're both great looking birds! Beautiful plumage! I like the long tails.

they're such cute little sprites!

(just fyi, since i continue to have such problems getting google reader to give me your feed, i 'unfollowed' your blog and added you directly as a subscription to my google reading list. i hope that will help it recognize your new posts in a timely manner!)

You have some lovely wrens there, we only have the brown one. What a delight it must be to see some different ones.

These are so lovely, such beautiful little birds, with sparky personalities;')~

Great photos of the wrens. You were lucky to find two kinds so close together.

Oh My .... they are so beautiful!! Great captures!

These are sweet looking little birds!
I love all the color on the Variegated Fairy. Fits my idea of a 'fairy' land.
Lovely finds Liz!

Very nice images of birds totally foreign to me. I'm jealous! Congratulations on adding them to your list.

Those are beautiful little birds! I love their tails.

I've never seen (nor heard of) these wrens. Knowing how hard it is to get good bird shots I think these are brilliant.

Well done, Liz, we have been rewarded for your patience. These are beautiful captures of a lovely little bird.

Adorable birds, They are so colorful. You have some awesome photos! Congrats on your lifers, Liz.

Great pictures - I get excited if I saw either of these birds, let alone both! Fairy wrens are hard to shot - they move so fast.

Thanks for the comment on my blog - I've been in Oman for a week hence slow reply!

Not easy birds to take photos of great job.

Wow - so vibrant in their colours , particularly love your last capture.