The Noisy Miner is a bold and curious bird. It is identified by its mostly grey body and black crown and cheeks. The bill is yellow, as are the legs and the naked skin behind the eye. 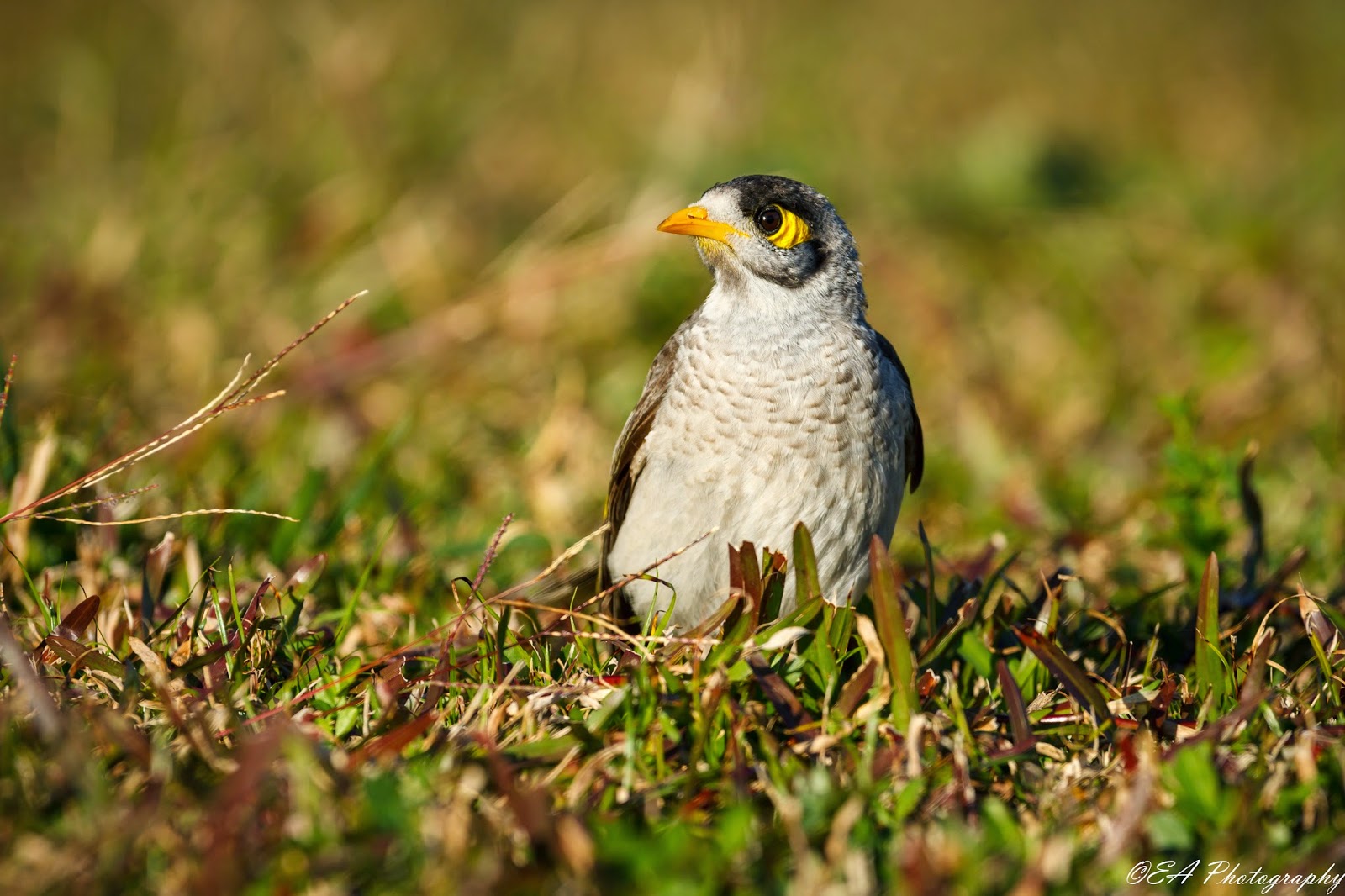 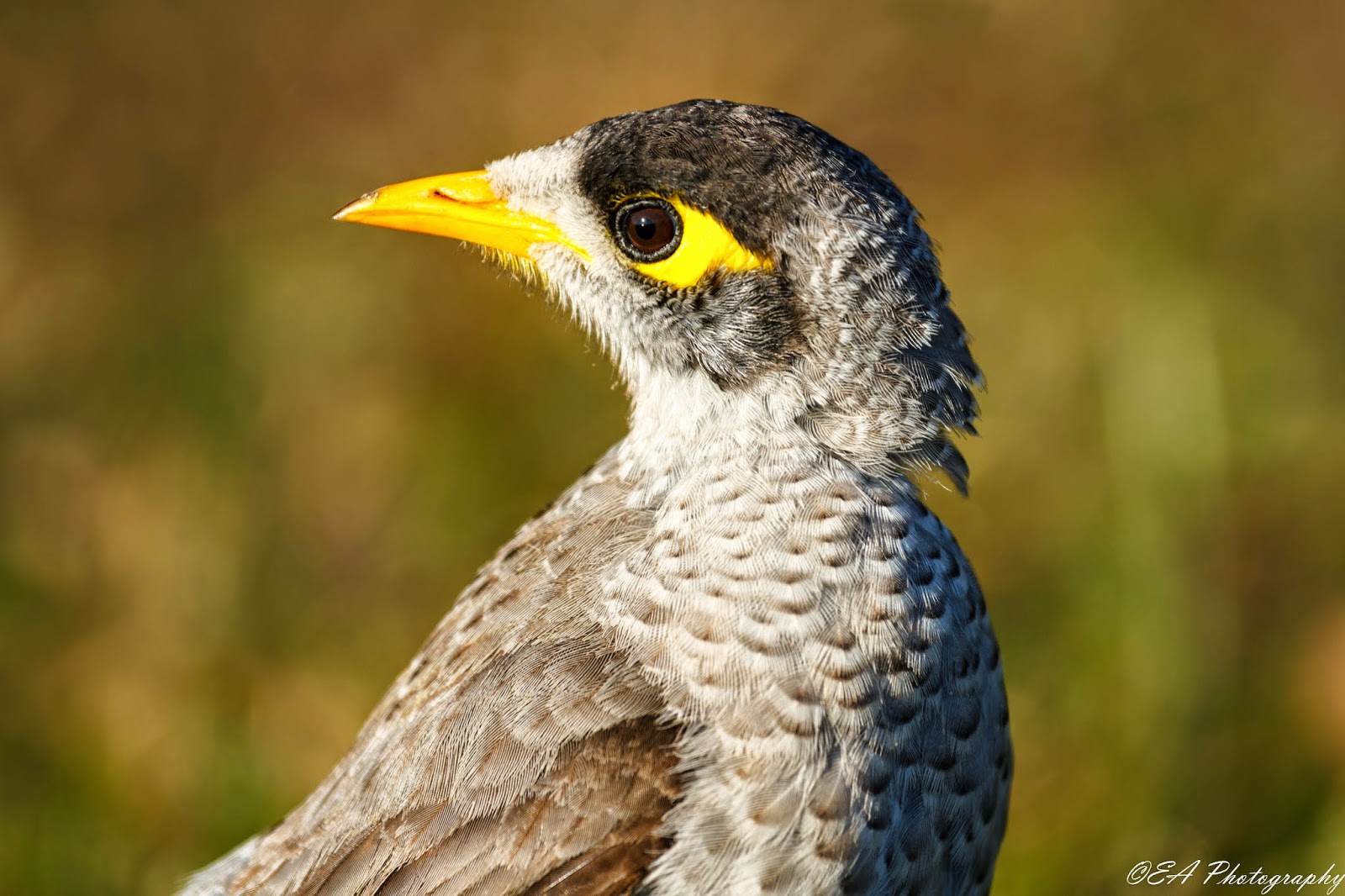 Noisy Miners range from northern Queensland along the eastern coast to South Australia and Tasmania. They are found in woodlands and open forests. They have also become well adapted to suburban situations and are a common sight in parks and gardens.

In suburban parklands and lightly timbered agricultural lands, an increase in population numbers may impact on local wildlife by displacing or excluding other native bird species. As a result, some people regard them as a nuisance. 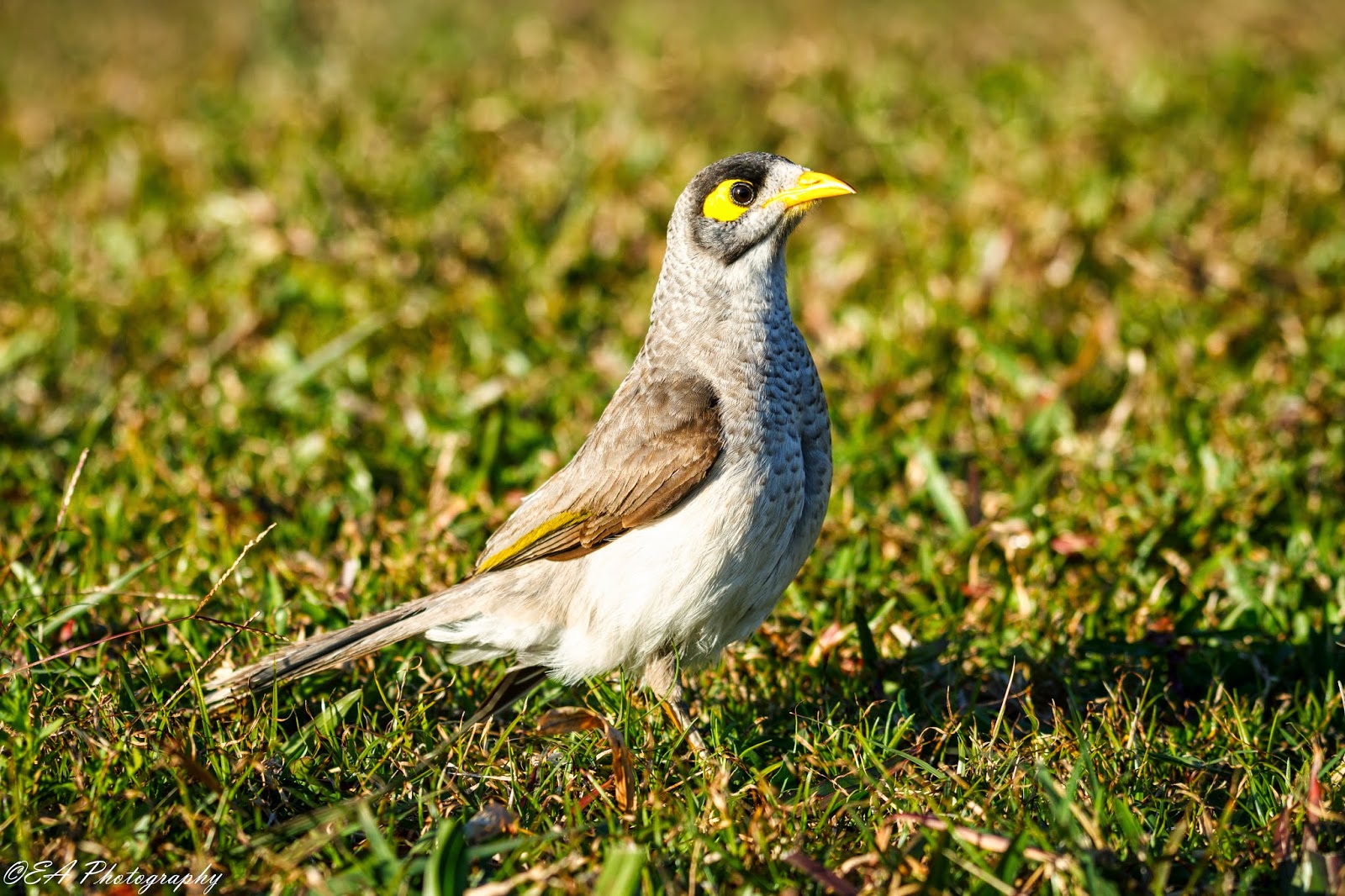 Great shots of the Noisy Miner. It is a cool looking bird. Have a great day!

The noisy miner is beautiful. Hug B

quite striking! your photos are beautiful!

He sure is a beauty, Liz.
I love those wonderful "pops" of yellow on him.
Wonderful photographs!

Such a glorious beauty you captured!

Nice to see a common bird get some love and attention with such great photographs! I think reducing 'Miner dominance' in woodlands and parks is a matter of re-creating the lost shrub layer. Miners thrive where it's just trees and grass!

an odd looking guy in a cute sort of way...

Great post and info on this often miss-understood honeyeater. They are so common around our parts, that one can often forget to notice how pretty their little faces are.

They can be a bit of a bully bird - but they are only expanding into areas where we have damaged the habitat, them we call the bird a pest!

They are delightful to watch - I love their antics - and soooo photogenic. The constant spread of suburbia is something we can't stop, so I guess the accompanying increase of miner populations is with us to stay. Councils have started programs to control the dominance, so hopefully they won't fully drive out the local native birdlife that we love so much!