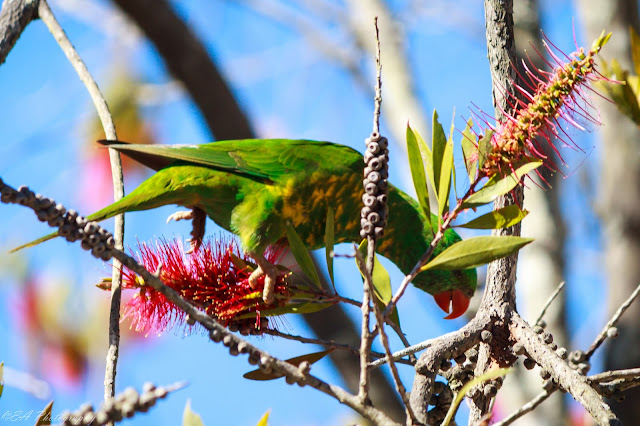 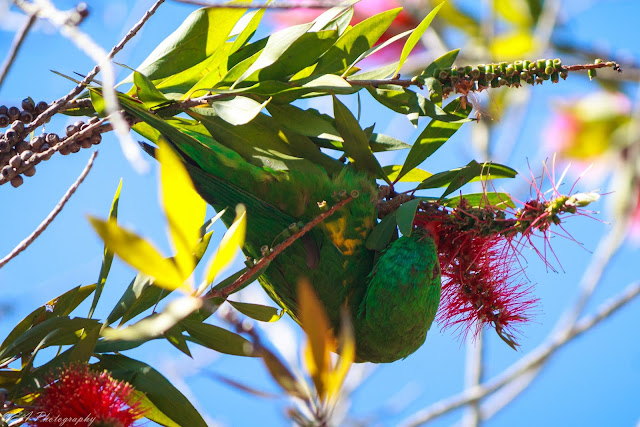 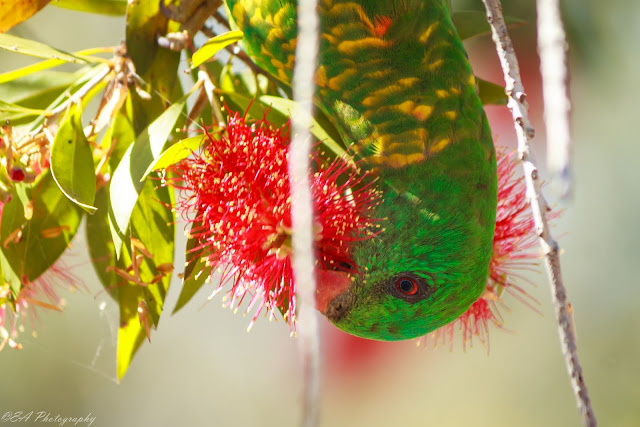 Like other lorikeets, they almost exclusively eat nectar which is usually gathered from the flowers eucalypts, banksias, paperbarks and other native trees and shrubs. These lorikeets often associate with other species of nectar-eating birds, especially Rainbow Lorikeets, and they are often seen squabbling noisily with them in the canopy of flowering trees. 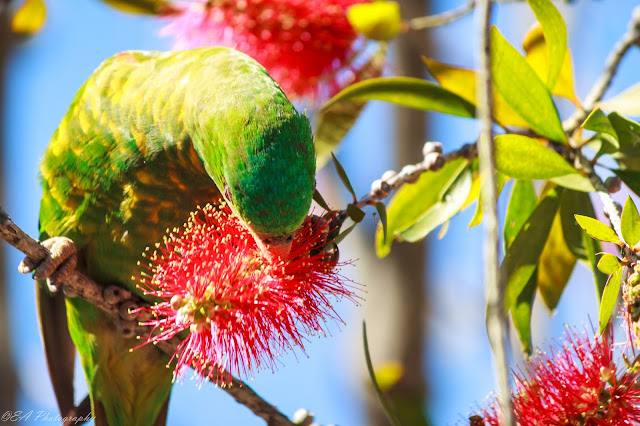 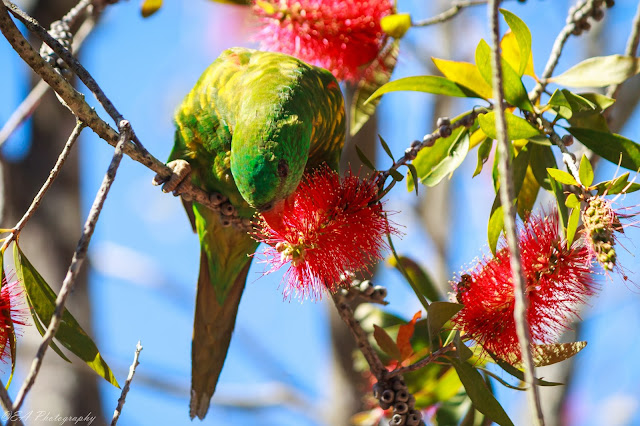 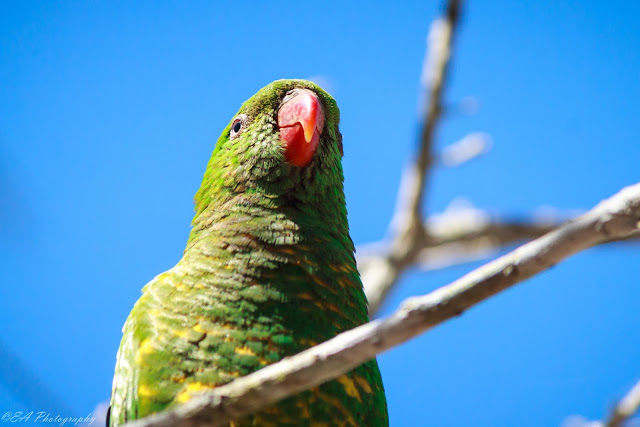 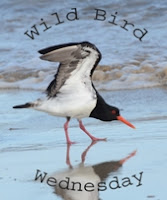 I remember playing golf and having the balls stolen from the fairway by these beautiful and irritating varmints.

INcredible that this is a backyard bird! I've seen posts of your country's marvelous birds before, but I never cease to marvel . Beautiful pictures.

What a beauty, Liz!
I just love these birds, but of course, we do not have them in the wild here. What an experience to have them just flying around in the wild.
The scalloping on the chest is really so unique.
Have a great week, my friend!
xo.

Hello, what a gorgeous birds. It is colorful! Lovely photos.
Thank you for linking up and sharing your post. Happy Saturday, enjoy your weekend!

Glorious pics of beautiful birds. Thanks for sharing :) xoxo