Every year during the month of September, Brisbane hosts a 3 week long arts festival - aptly called the Brisbane Festival. From 1996-2008 the festival was held biennially and in 2009 it was decided to hold the festival annually.
During the second week, I drove into the city to meet a fellow Instagrammer & photographer who gave me a lesson on Long Exposure night shooting in full Manual mode.
It was an amazing and wonderful experience photographing the "Santos City of Lights" show (2 shows each week night and 3 on weekends). The next week, I followed this up by taking my youngest daughter out a couple of days later to teach her my newly acquired skill.

Here are some of my favourite shots from the 2 nights (4 shows). 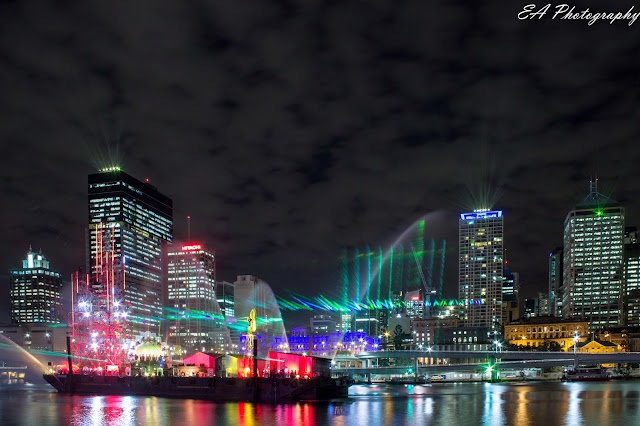 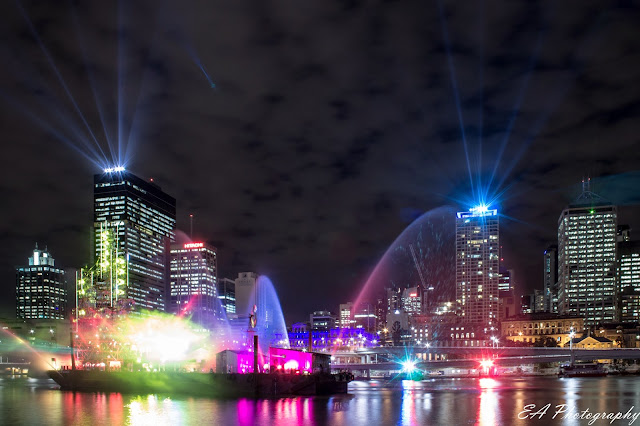 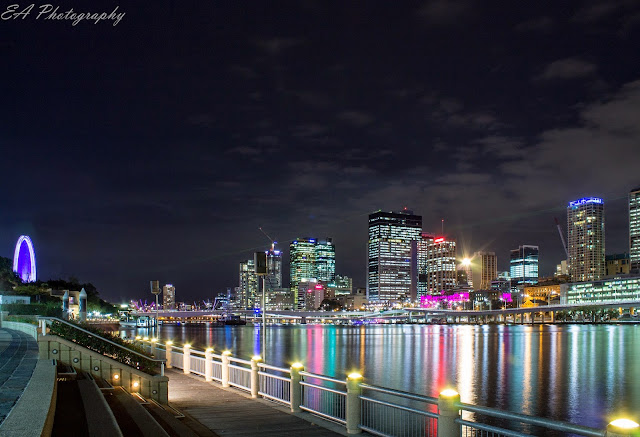 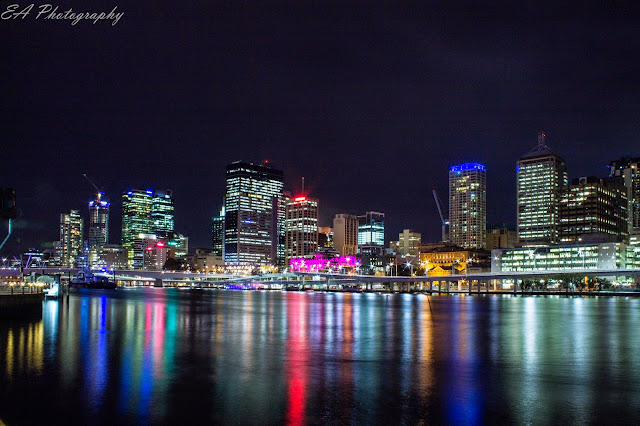 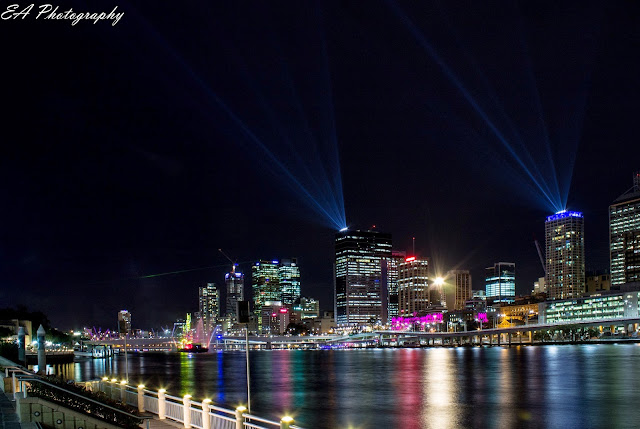 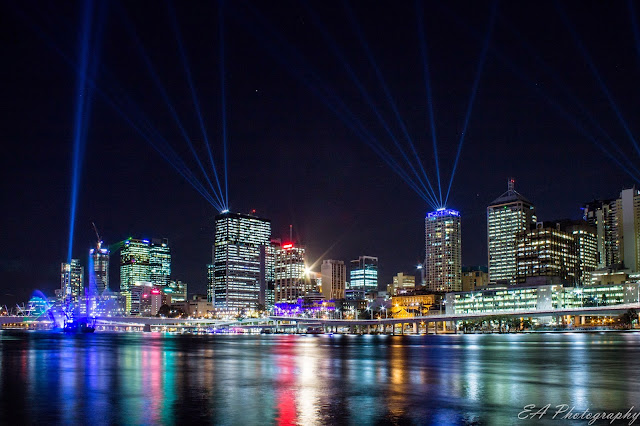 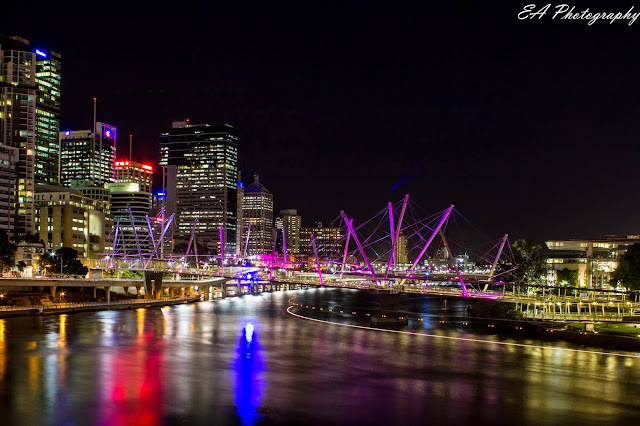 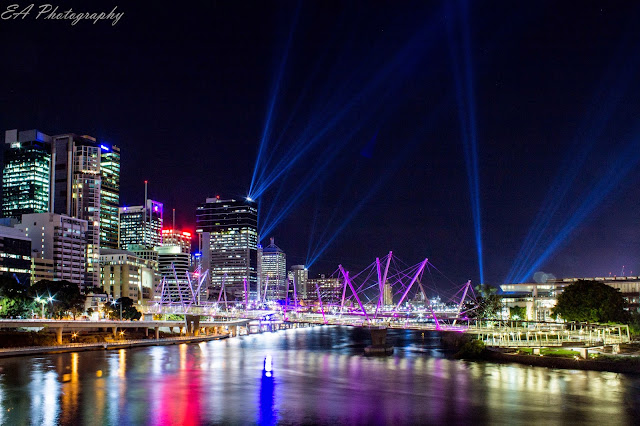 That is incredible.
Blessings,
Goose

Great shots Liz ! Nice to learn new things and you learn fast :-D you are a good !

these are awesome, liz!

Oh! gorgeous!
Have a nice weekend.

Wow, these are fantastic! The colors are awesome! Some of the nicest night shots I've seen. They would look very good framed. Excellent job, Liz!

Awesome,Liz! Beautiful colors. They could be framed, used as postcards or greeting cards!

Superb, colorful reflections, terrific composition and they could all indeed make terrific postcards/greeting cards or be framed! Hope you have a great weekend, Liz!!

Gee, it didn't take you long to get those new skills working to perfection!! I love my hometown but I honestly didn't know it could look so good.

Spectacular! Scenes like this make me wish I lived in the city, at least part time. :)

Spectacular results Liz - you've clearly had such fun. Thanks for sharing your newly acquired skills.

These are all spectacular... would look great framed!

Oh my Gosh this is absolutely breathtaking, You are so very talented. I am happy to see this. Thank you. B

Wow, Liz, you have really excelled with these ones. The comments above testify to that. It's great seeing your skill develop so amazingly. Xoxo

You learned something new, had fun and achieved amazing success with those photos. They are so sharp and so colourful! How nice of your photographer friend to coach you, but I'm betting s/he was impressed with his/her student as well :)

I had absolutely no idea that Brisbane was so fabulous at night. Your photos really are quite amazing. The only other city I've seen which matches your images is Hong Kong.