My daughter, Bec, was given a female Princess Parrot for Christmas. She named her Amira which is a Hebrew name meaning princess. I have taken quite a number of photos of Amira since she came into our home. Now at almost 4 months old, her colours are starting to develop. They will be quite stunning when she is an adult.

She is developing blues on her head... 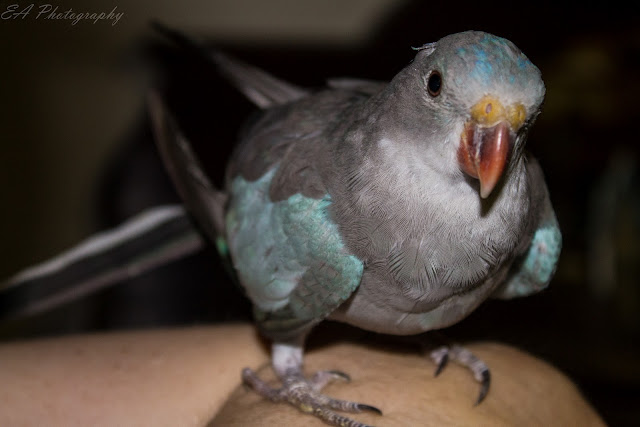 I love the combination of blues and purples on her rump and the teal feathers coming through on the underside of her pale blue wings... 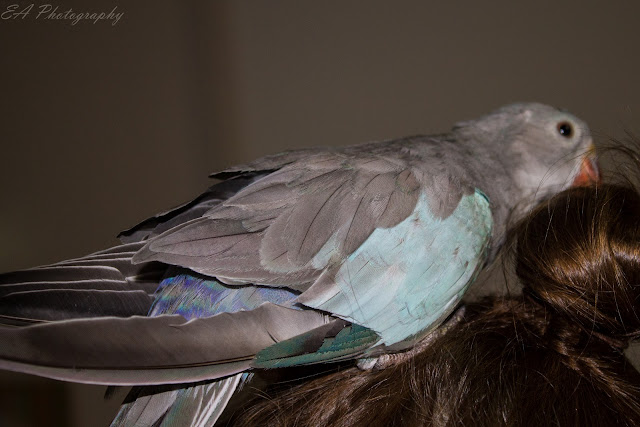 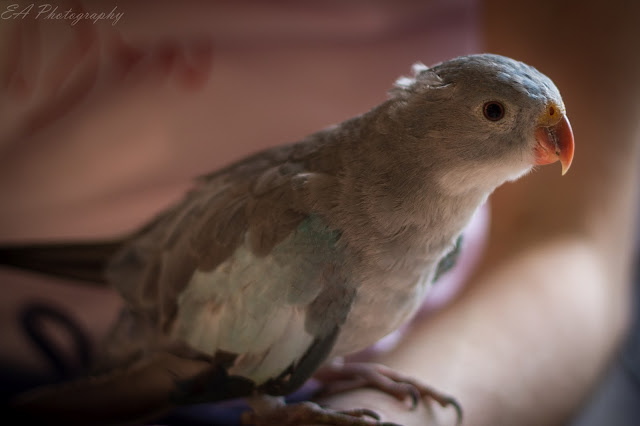 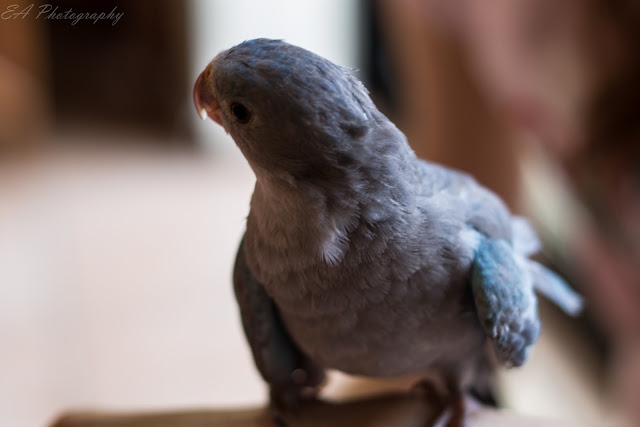 I should have captured a shot of her tail... it's almost twice as long as her head and body combined!!
And, she is quite a character!
Sharing with: Don't you love the way they preen your hair? :)

She is going to be stunningly beautiful.

Oh these a beautiful shots mum! Love them all

Gorgeous!!! I love looking into her eyes...and the color markings on her feathers are beautiful.

MY MACRO LINK do stop by and see if YOU can find the hidden 'seasonal' object. For fun.

She is adorable.
Lovely shots.

What a beautiful bird. The photos are wonderful.

Wonderful details of this lovely bird.

you have a beautiful bird and you take great shots. :)