In May 2014, I traveled to Melbourne, Victoria for my Mum's 80th birthday. We stayed in the city for a night and I took the opportunity to do a little exploring. I have previously shared my night photography from this trip here.
Here are some of my images from a photo walk in the city...

Flinders Street Railway Station is the oldest station in Australia (1910), although the first station on this site opened in 1854.
Flinders street is the busiest suburban railway station in the southern hemisphere and its 700 metre main platform is the longest in the country.
Flinders Street Station is 'the' meeting place for 'Melbournians', expressed simply as "meet me under the clocks", a reference to the clocks above the main entrance. (source: Only Melbourne website)

Hosier Lane is Melbourne’s most iconic Street Art lane way and is one of the main tourist attractions in Melbourne.
Melbourne is known as one of the world's great street art capitals for its unique expressions of art on approved outdoor locations. Street art includes stencils, paste-ups and murals and does not include graffiti or tagging which is illegal.
To see some of the city's best street art, head to Hosier and Rutledge Lane, opposite Federation Square. 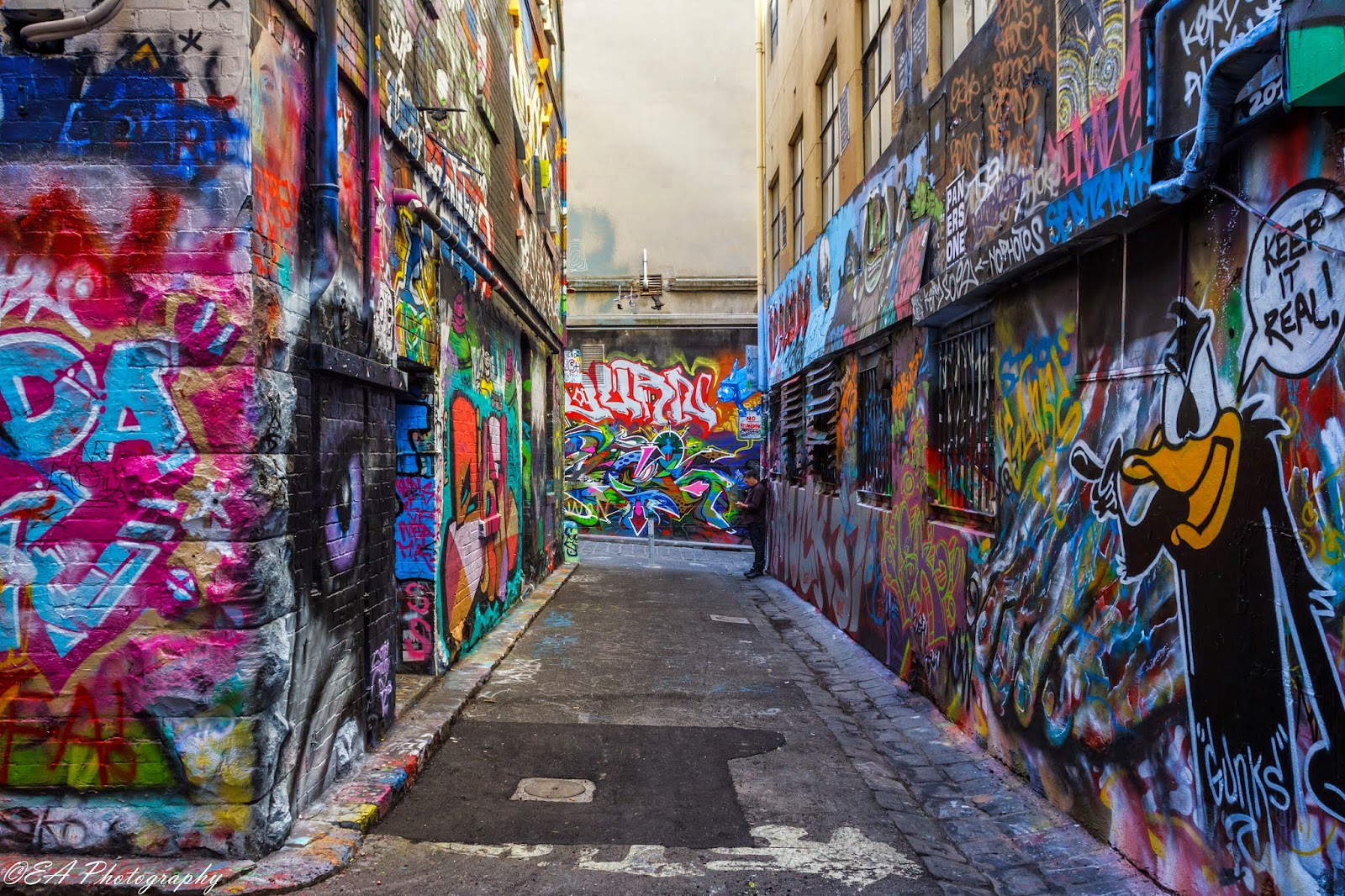 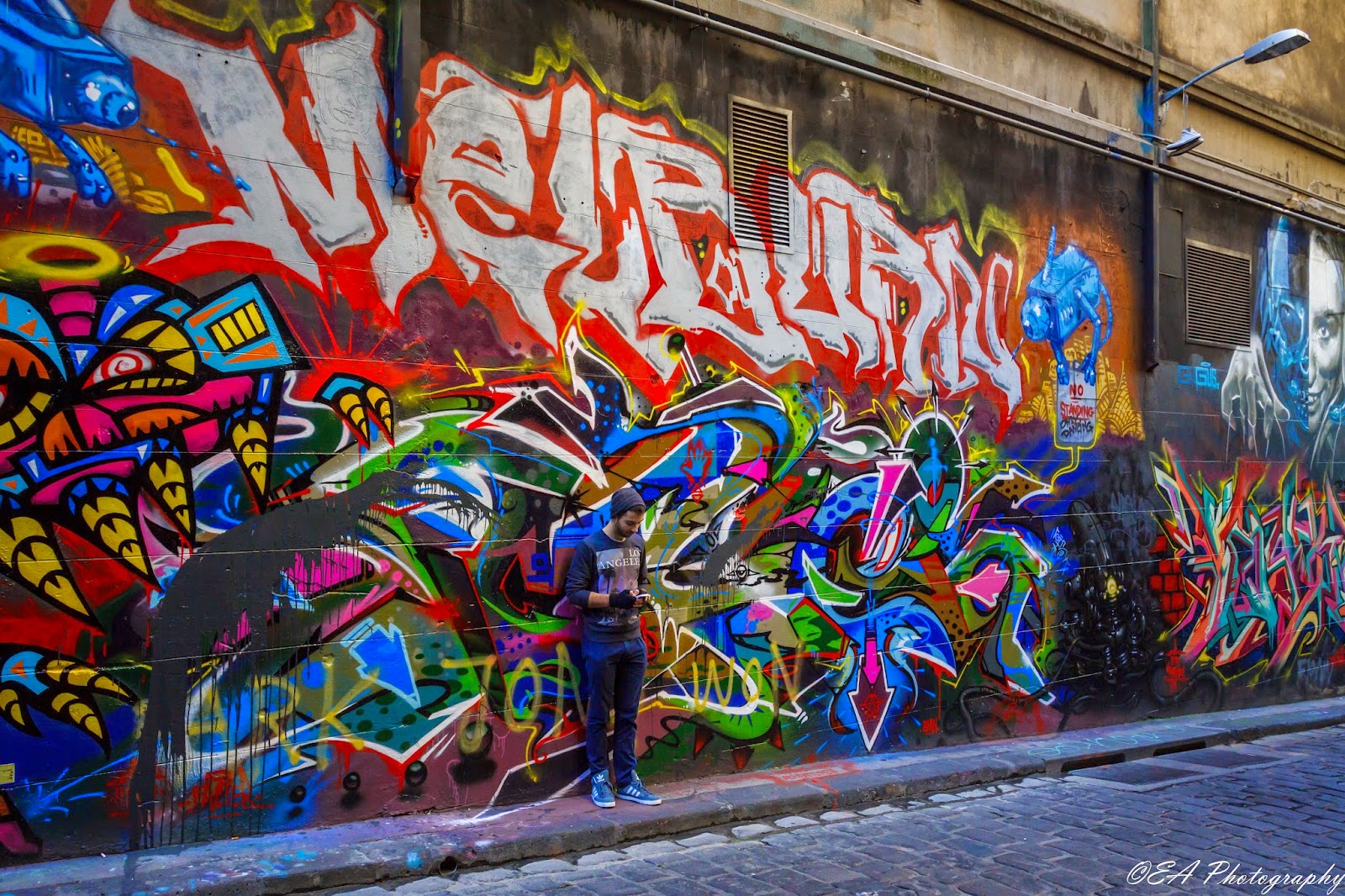 The Shrine of Remembrance is Melbourne's most iconic landmark, where Victorians have been coming since 1934 to honour the service and sacrifice of Australian men and women in war and peacekeeping.
It is a site of annual observances of ANZAC Day (25 April) and Remembrance Day (11 November) and is one of the largest war memorials in Australia. 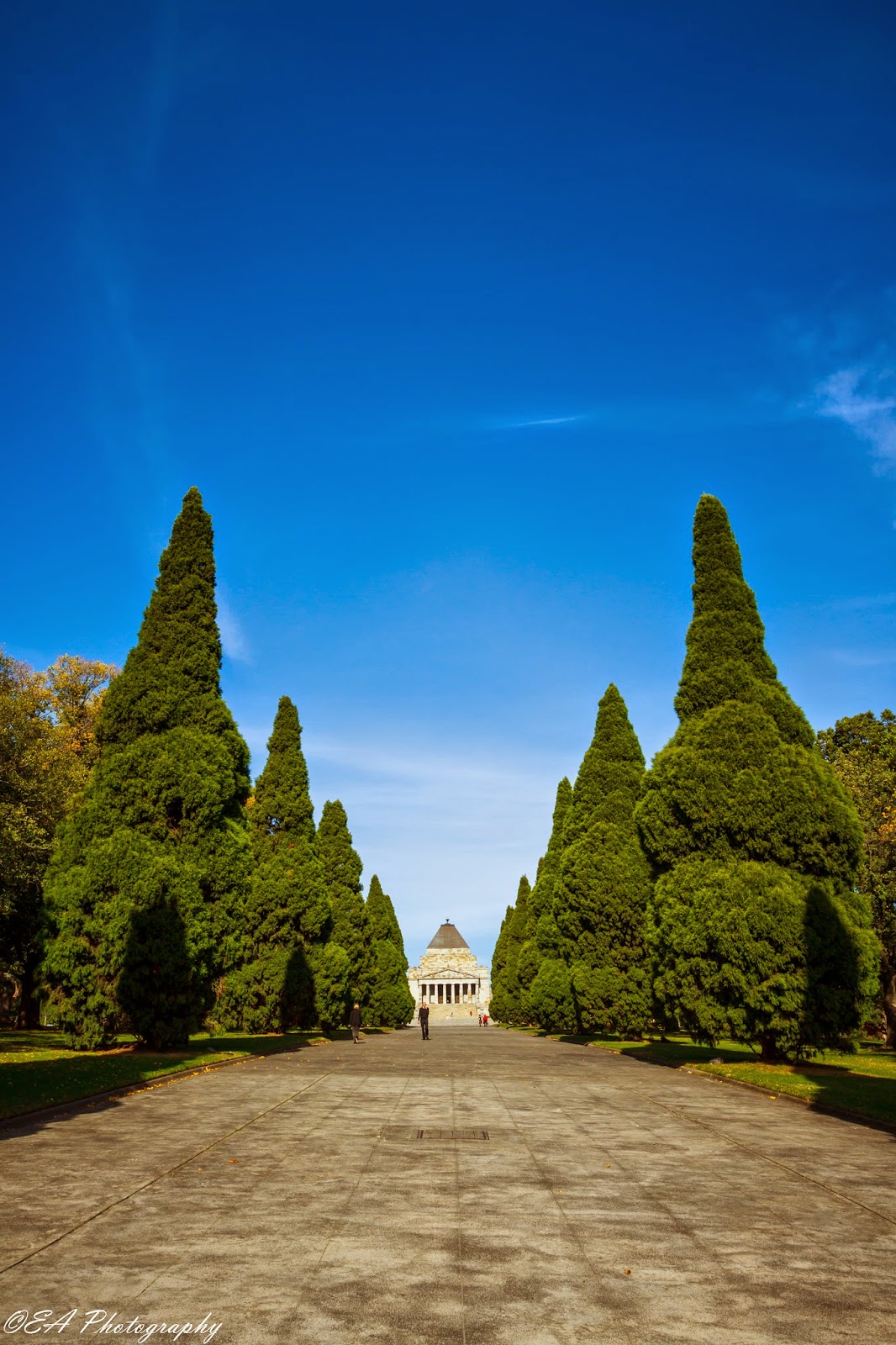 Victoria Barracks was the administrative headquarters for the Australian Army but to ensure the close coordination of the three services necessary to the war effort, the Barracks also became the administrative headquarters of the Royal Australian Navy and Royal Australian Air Force.
Located on St Kilda Road in Melbourne, Australia, Victoria Barracks Melbourne is of architectural and historical significance as one of the most impressive 19th century government buildings in Victoria, Australia. 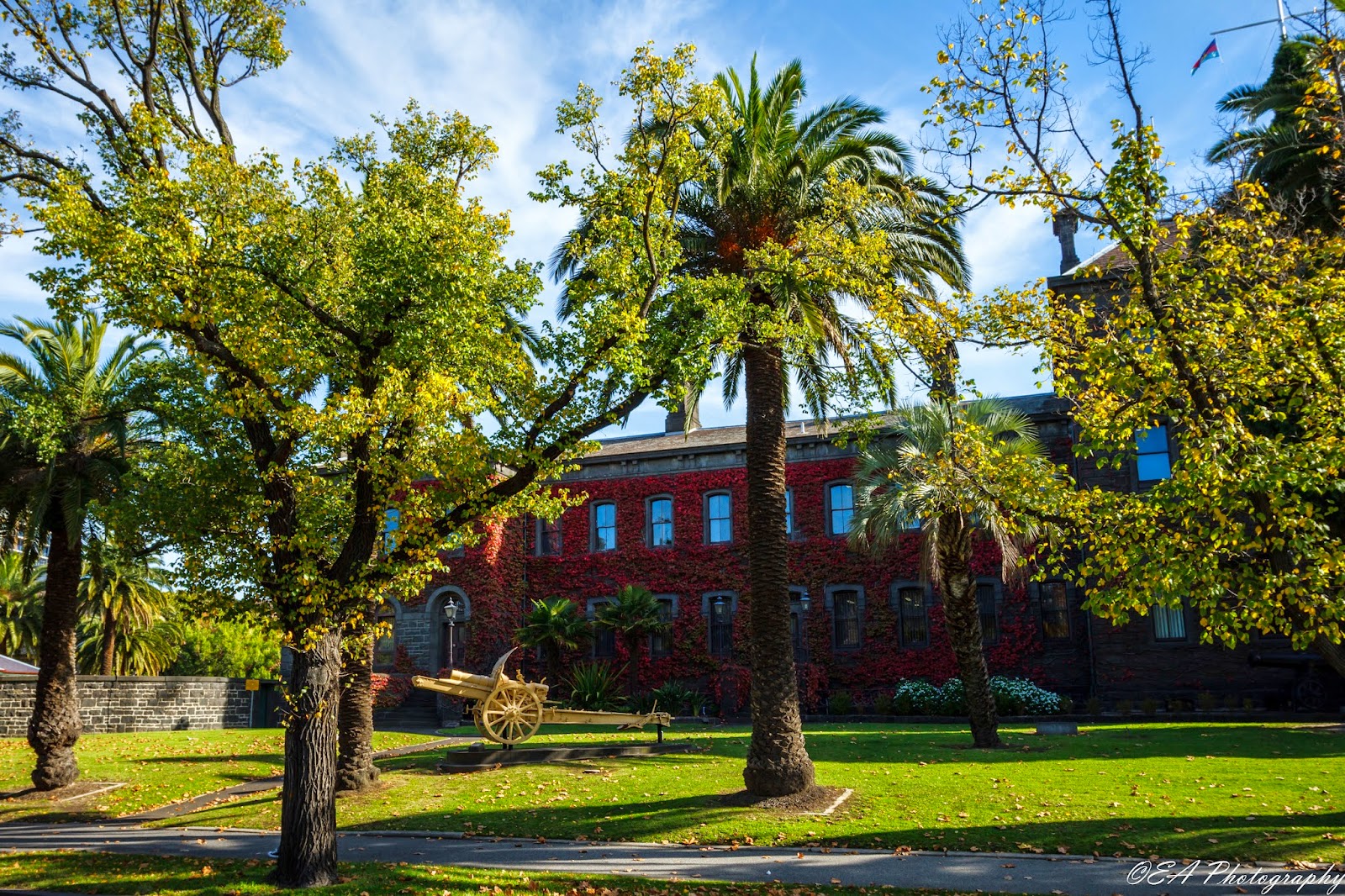 The Arts Centre is the flagship of the performing arts in Victoria, and the focal point of Melbourne's cultural precinct, owned by the people of Victoria. 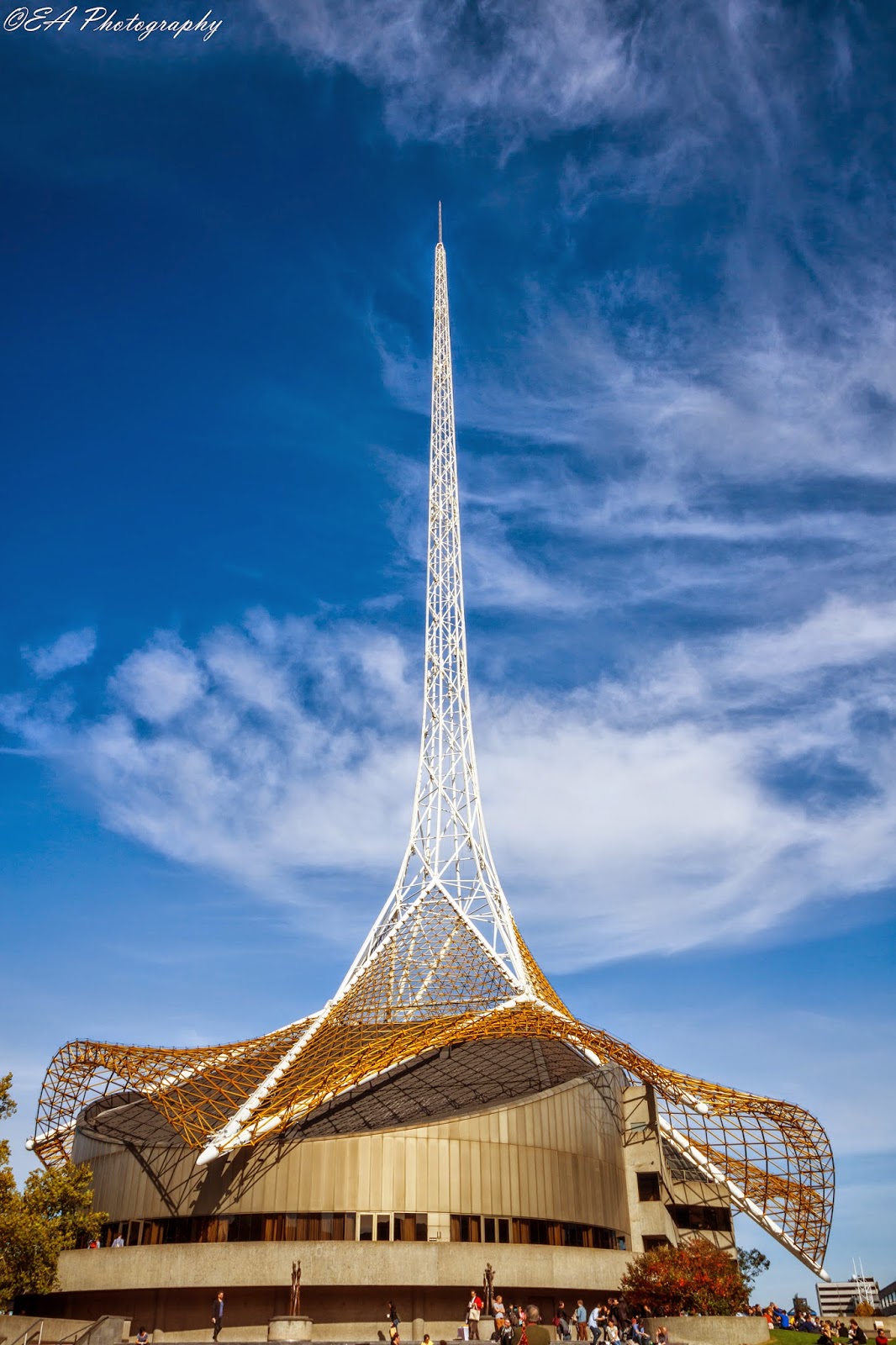 Although Melbourne is situated on the shores of one of the largest bays on the Australian coast, the city's main water feature is the Yarra River. That's because the city grew from the banks of the Yarra and even today the focus for the city is still very much on a one-kilometre section of the river. Within that one kilometre are some of the great sights and attractions of Melbourne. 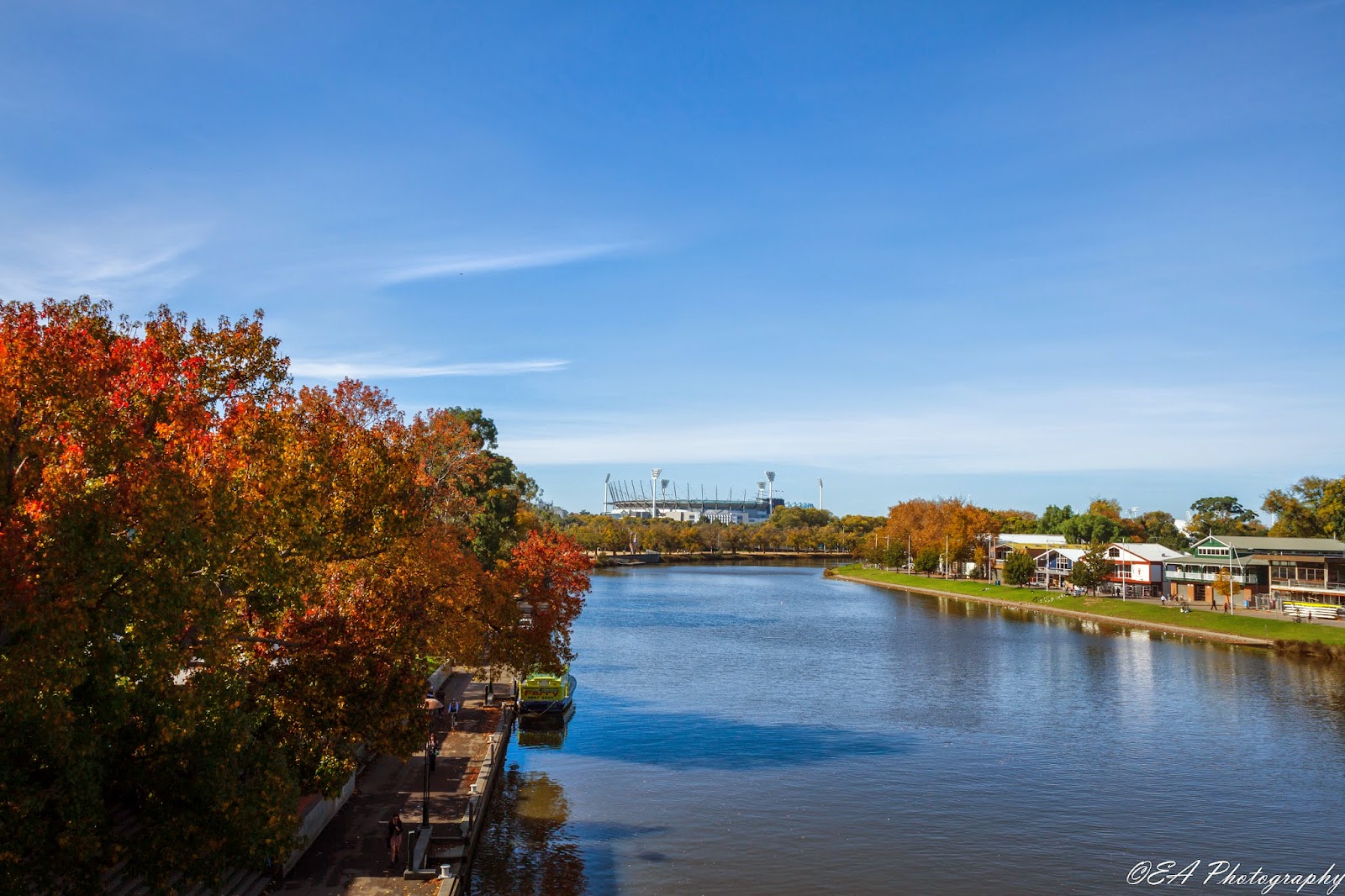 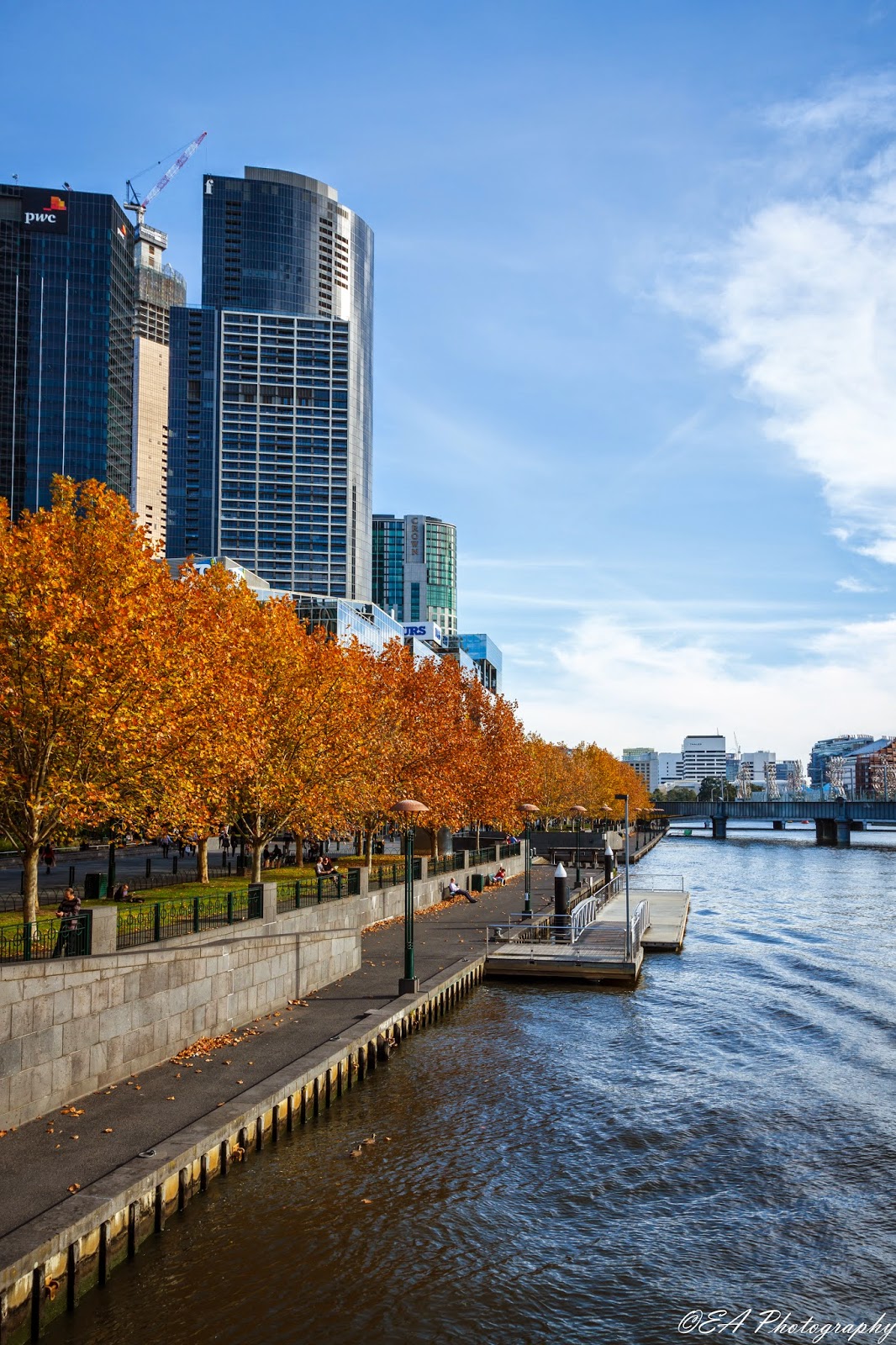 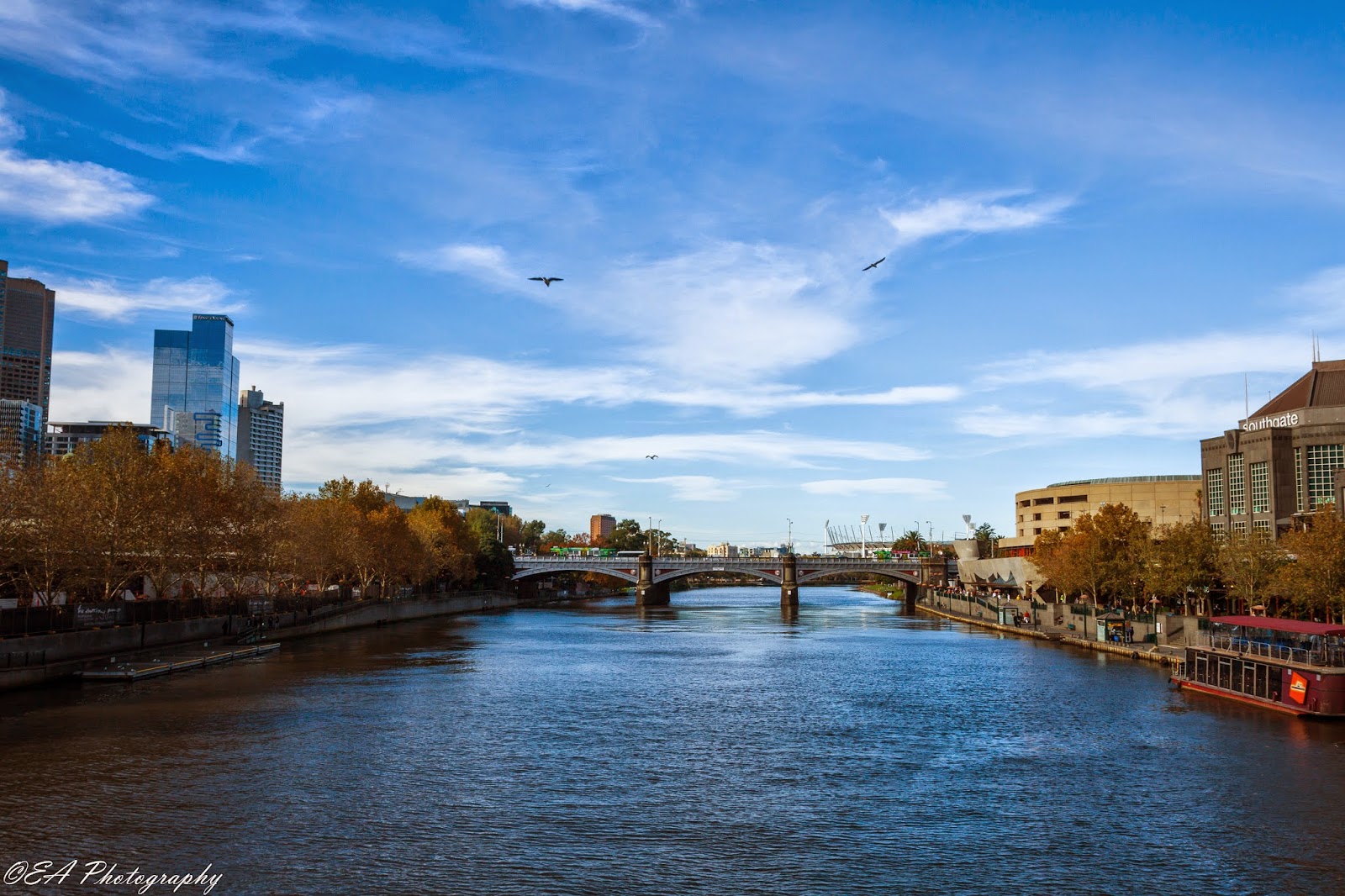 The Coop's Shot Tower, built in 1888; 327 steps to the top, 9 stories & 50m high. It was saved from demolition in 1973 and was incorporated into the Melbourne Central complex in 1991 under and 84m high glass roof. When you visit the Melbourne CBD, this is one of the essential spots to visit... And photograph! 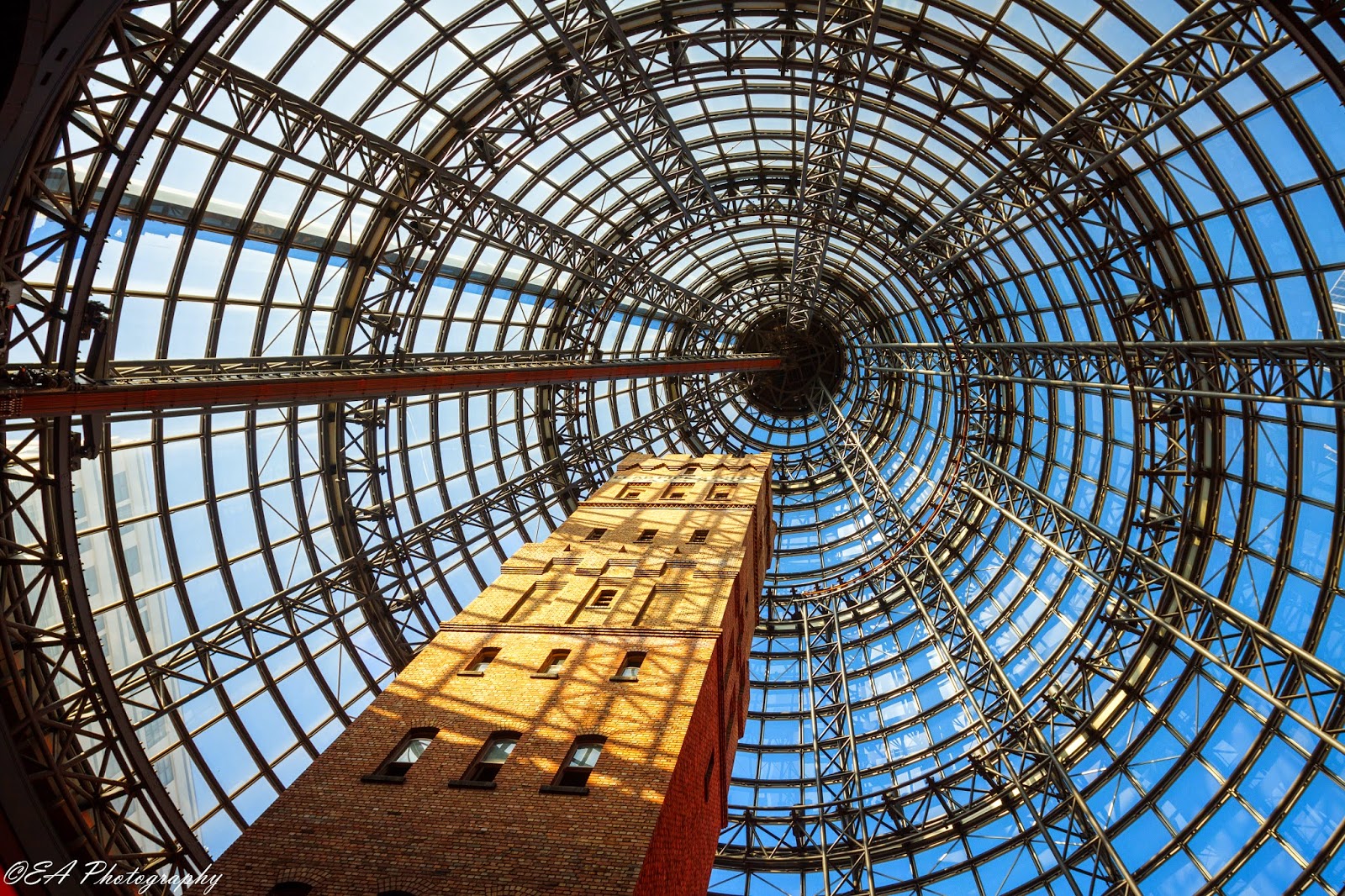 Princes Pier is a 580 metre longhistoric pier on Port Phillip, in Port Melbourne, Victoria, Australia. It was known as the New Railway Pier until renamed Prince's Pier after the Prince of Wales (later Edward VIII) who visited Melbourne in May 1920. 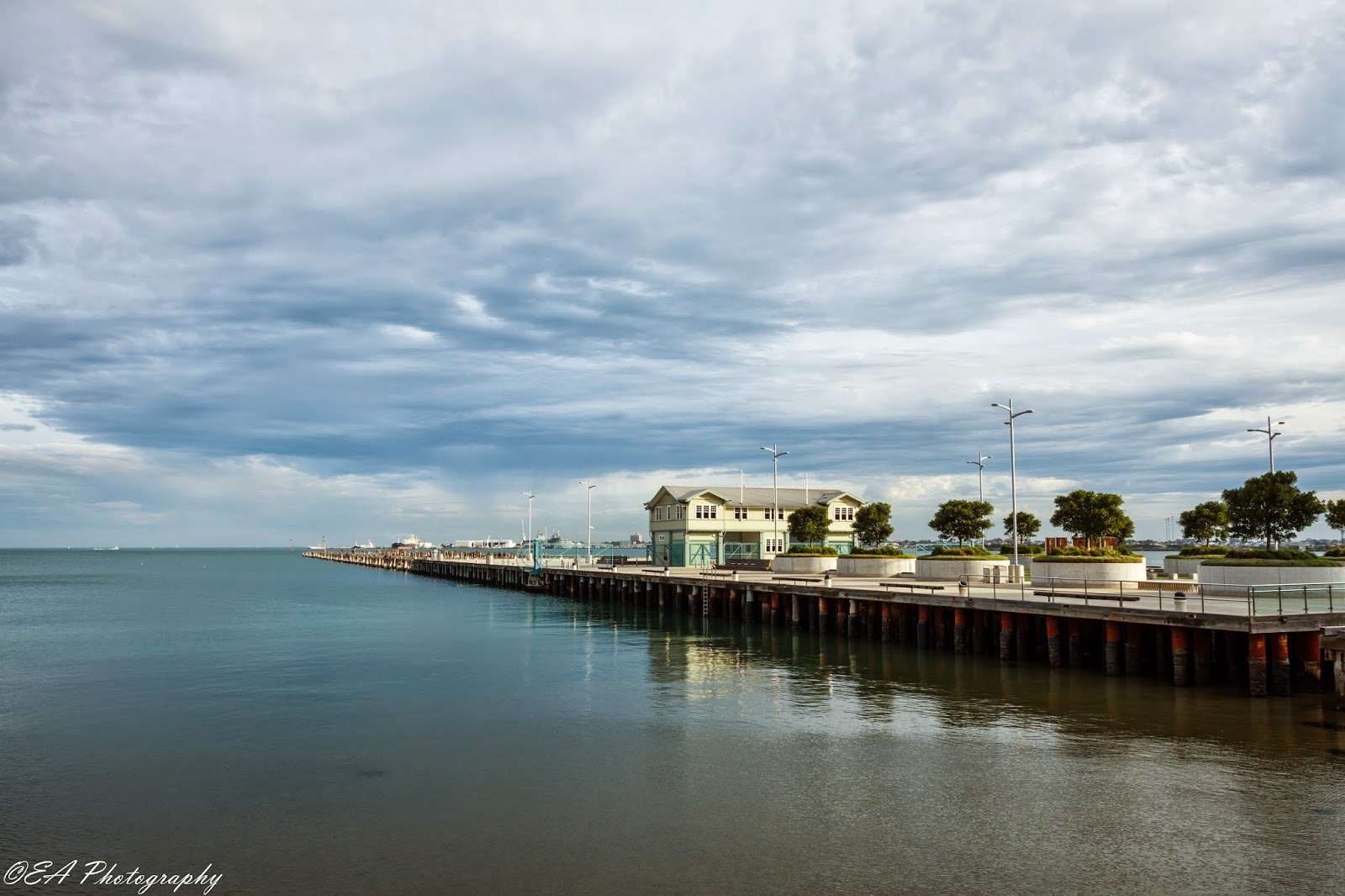 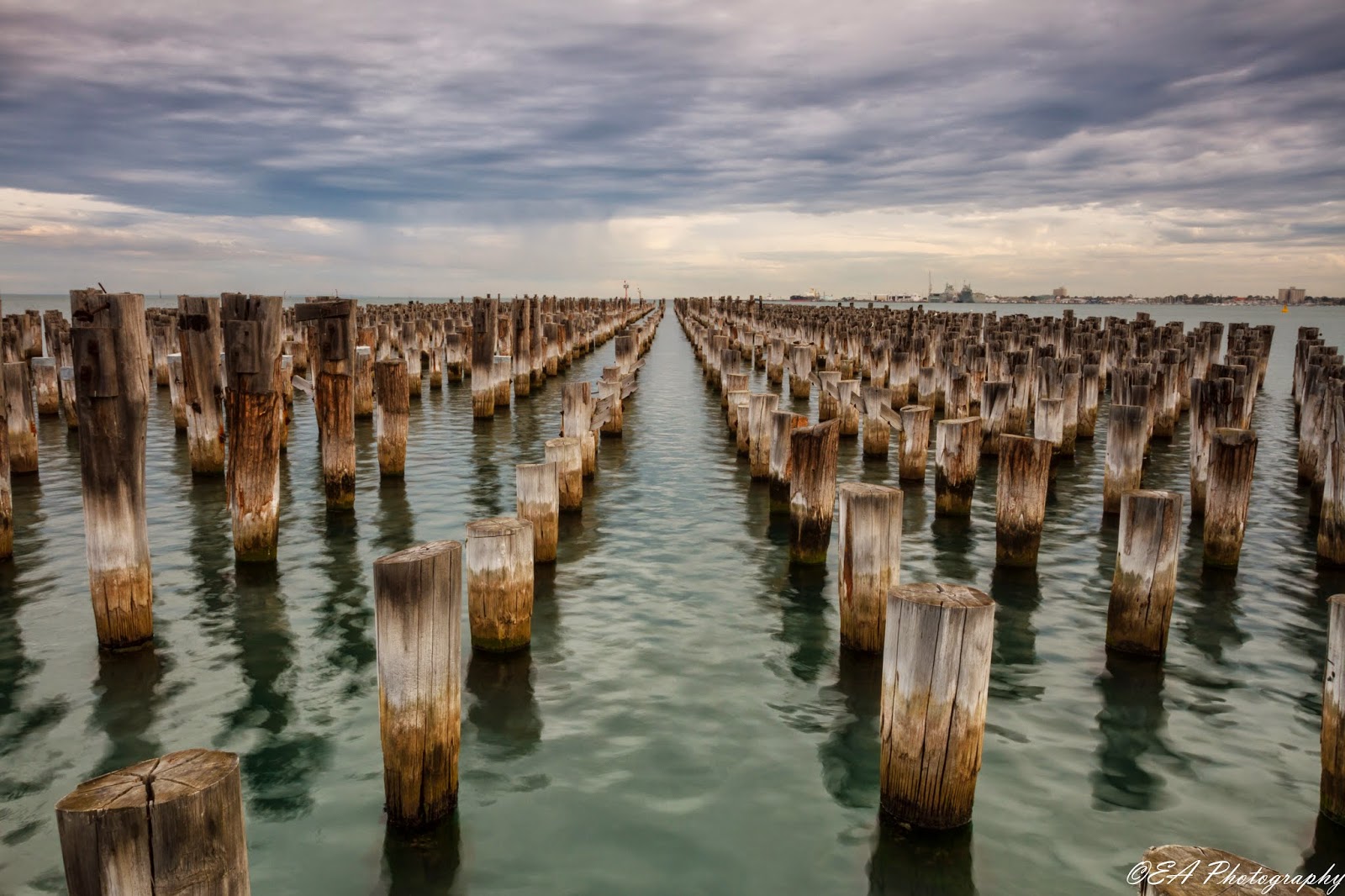 There are a lot more famous sights in Melbourne, which I hope to be able to photograph and share later in the year when I head "home" for Christmas and my parent's 60th wedding Anniversary.

Wow, what a neat city! So many things to see and do.. The art work is cool. Wonderful photos. Have a happy day!

very neat mini-tour of the city! i loved the barracks shot.

I've never visited Melbourne (apart from being in the airport but that doesn't count) so it's good to see the sights vicariously. And your photos are always uplifting anyway.

I couldn't wait to scroll down and see what the next shot subject was. I liked the graffiti image because I have never seen it all in one spot like that before. I also like the tall building inside a circular spiral thing. All the other images are amazing also.
JM, IL-U.S.A.

Fabulous golden hour shots of Melbourne. Some places I haven't seen before. Love the Arts Centre and the autumn trees.

I miss Melbourne...I finished my master in Monash and this city is indeed remarkable. Your shots remind me of the good old days...