I have a fascination with photographing birds, and have been looking for an opportunity to post some of my latest photos of birds from the weekend. I was thrilled to find this link up.

In Brisbane, Australia, we are fortunate to have so many varied habitats suitable for birdlife to exist. The Greater Brisbane Region is a sanctuary for more than 370 species of birds, both native and introduced.

The Rainbow Lorikeet is an Australasian parrot. In Australia it is common along the eastern seaboard and its habitat is rainforest, costal bush and woodland areas amongst fruit and flower bearing trees.
One of the houses in out street has numerous large Grevilleas - the flowers of these are a favourite food for these beautifully coloured birds. 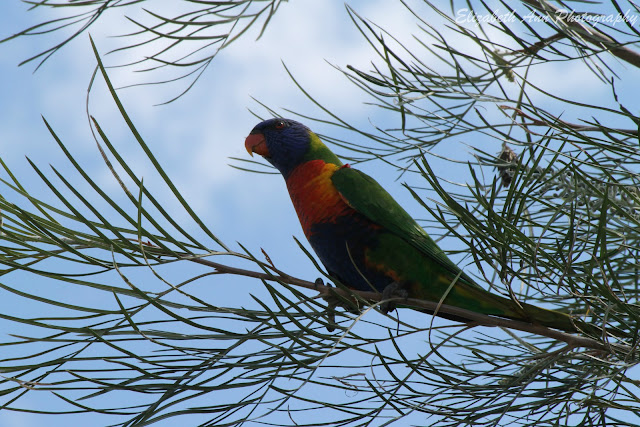 The Galah is one of the most common and widespread cockatoos, and it can be found in open country in almost all parts of mainland Australia. They are common in metropolitan areas and abundant in open habitats which offer at least some scattered trees for shelter.
This Galah was one of a flock forraging for food in an open parkland in a Brisbane suburb. 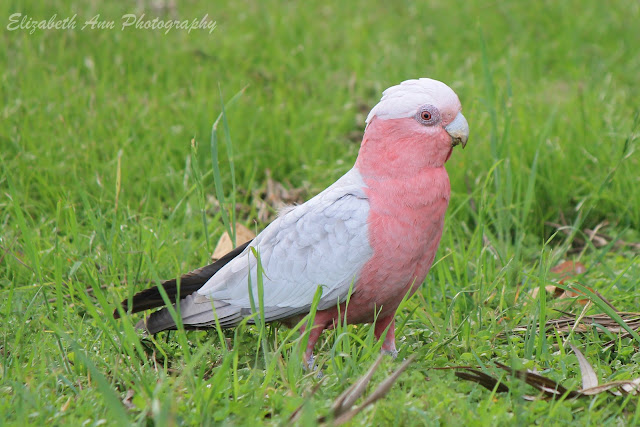 The Magpie-lark is a conspicuous Australian bird of small to medium size, also known as the Mudlark in Victoria & Western Australia, the Murray Magpie in South Australia and as the Peewee in New South Wales & Queensland. It is a common and very widespread bird both in urban and rural areas.
This young Peewee was just sitting by a duck pond in a rural Brisbane parkland and appeared to be posing for the camera. 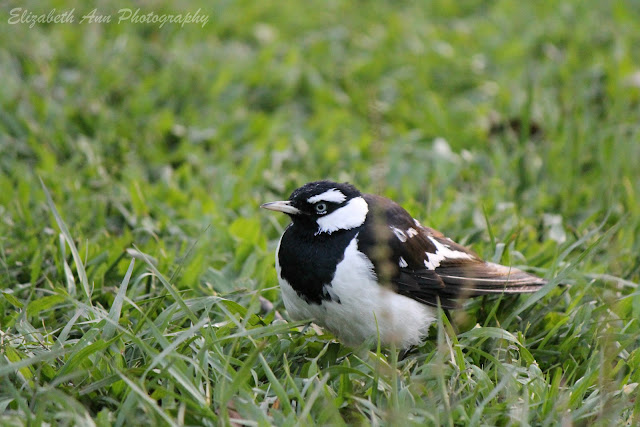 And then he turned & stared straight into my camera, as if to say, "OK. That's enough!!"﻿ 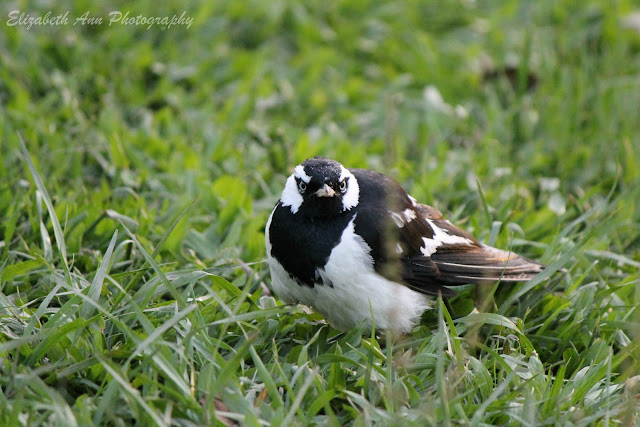 Thanks for stopping by.

Linking up with World Bird Wednesday

It is nice to see all these tropical birds in the wild.

Beautiful images of your wonderful wildlife.

Welcome to WBW!
Your images are beautiful. From the crazy color of the Rainbow lorikeet to the pretty pastels of the Galah, these are magnificent creatures and wonderful to experience through your excellent photography. Thanks for sharing!

Great photos and welcome to WBW. It's great to have another Aussie blogger here.

Such lovely birds, and the rainbow lorikeet especially -- it's amazing how many colors a single bird can have!

Beautiful birds! I love the look you're getting from the Magpie Lark.

Your maggie has plenty of attitude. Lovely captures.

Lovely work Liz. The galah is so clear.

Hi Liz - thanks for visiting (and following!) my photo-blog!

I love the Magpie Lark in the second picture - it does not look happy at all!

You may find it interesting to pop over to my other blog if you have time - "The continuing adventures of marine boy (and his dad)" posted on March 10 this year is set on, around and under Sorrento Pier. Thought it would take you back to the Peninsula for a while!

I just love these colorful birds, great photos. Thanks for sharing.