In June last year, my husband went to Maryborough (265km north of home) for work. I decided to tag along, as I had not been to the area, and I figured that I could explore while he worked. We drove up in my car (rather than flying) so that I had some freedom. I spent a day exploring all the history in Maryborough (which is a separate post in itself). I also went on 2 full day Whale/Dolphin watching tours in Hervey Bay which is another 44km further north (see my Orcas in the Bay post).

On the way home from Maryborough, we had a night stop over at Tin Can Bay and explored the Rainbow Beach area the following day before heading back to Brisbane.

Rainbow Beach derived its name from the rainbow coloured sand dunes surrounding the town. Originally a Sand-mining town, Rainbow Beach is now funded by tourism. Sand-mining ceased in 1976 and now the town is a quiet haven for holiday makers, fishermen & retirees. The huge expanse of beach lends itself to 4WD enthusiasts. 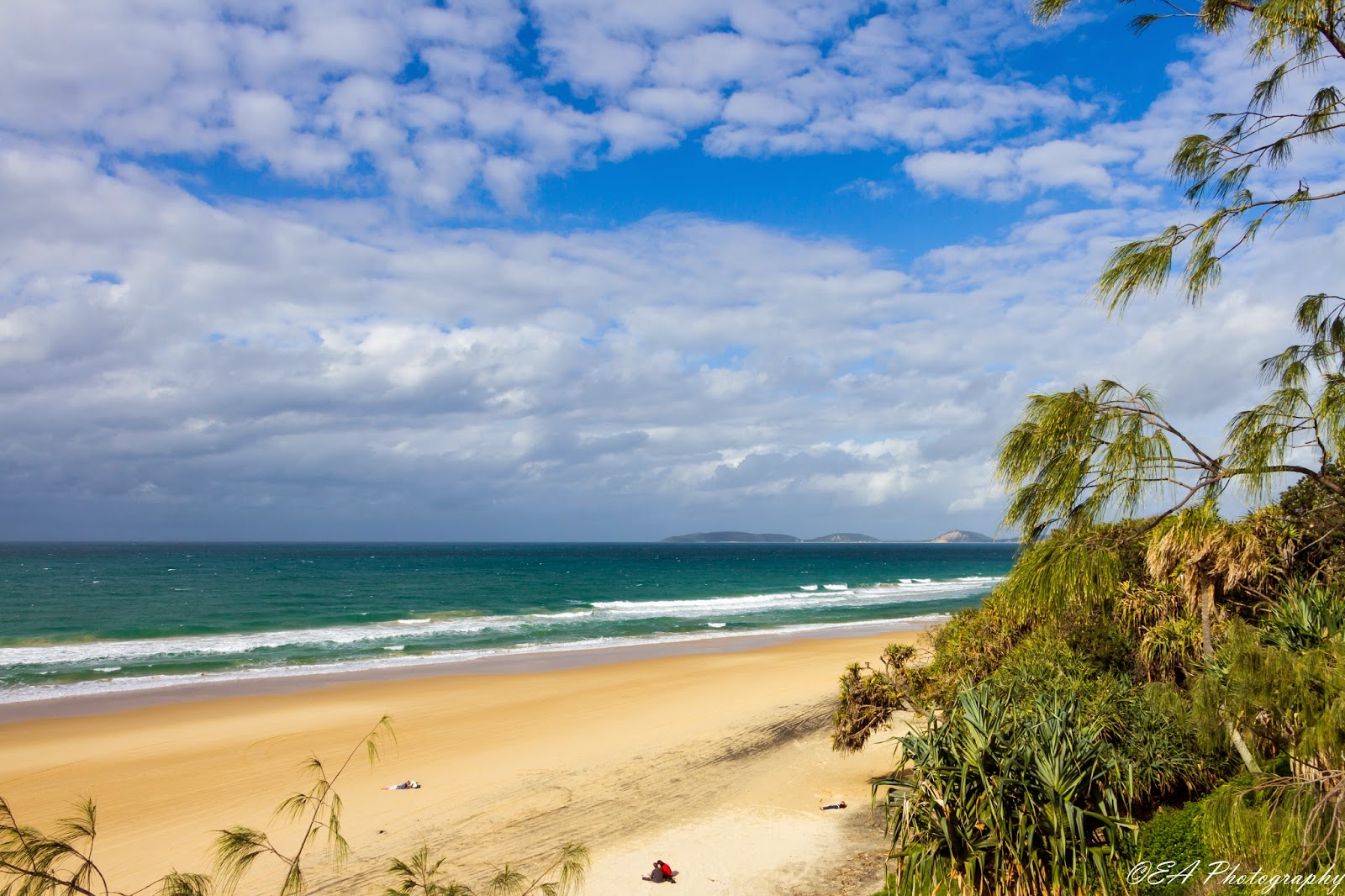 Looking north from the lookout 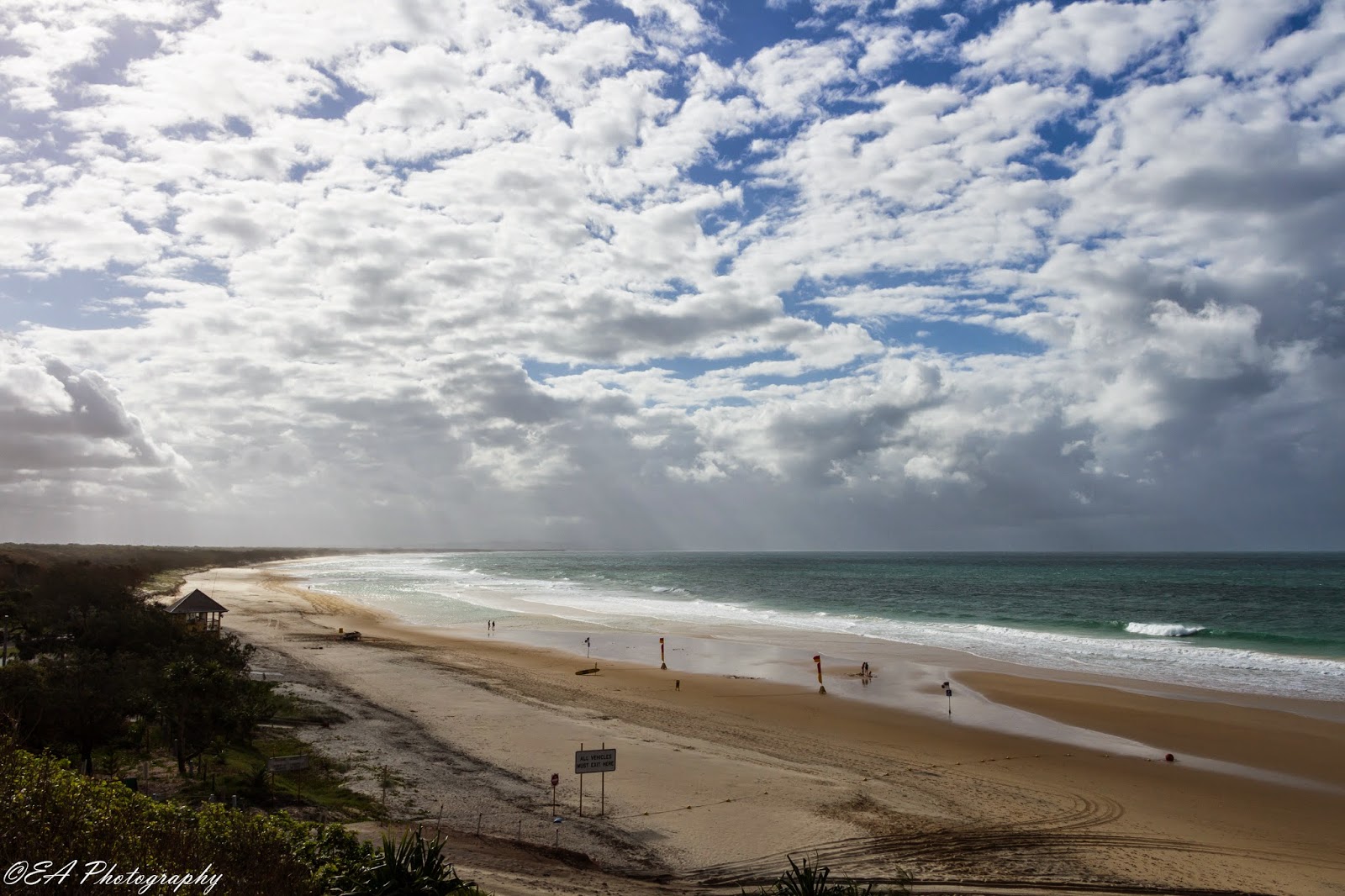 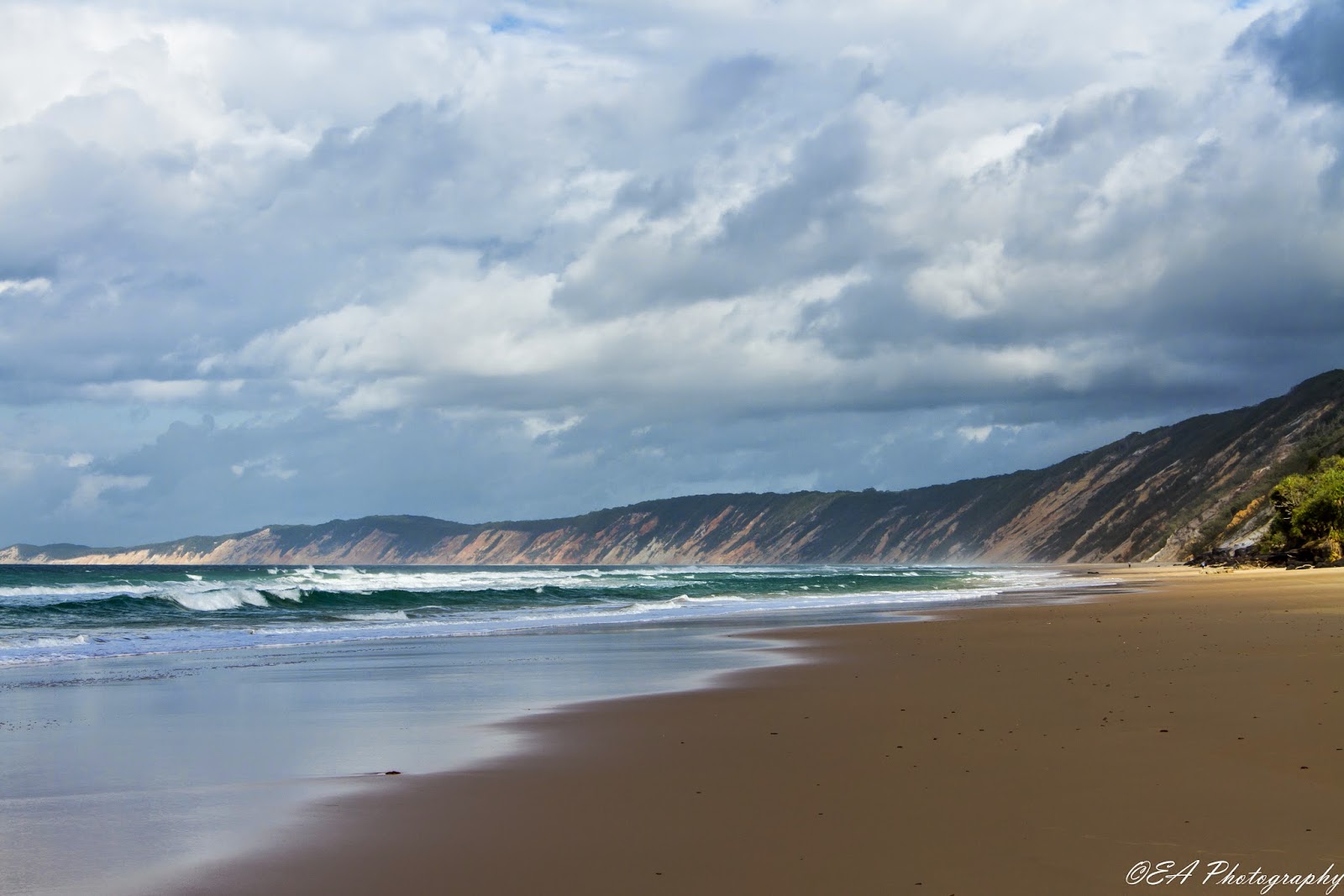 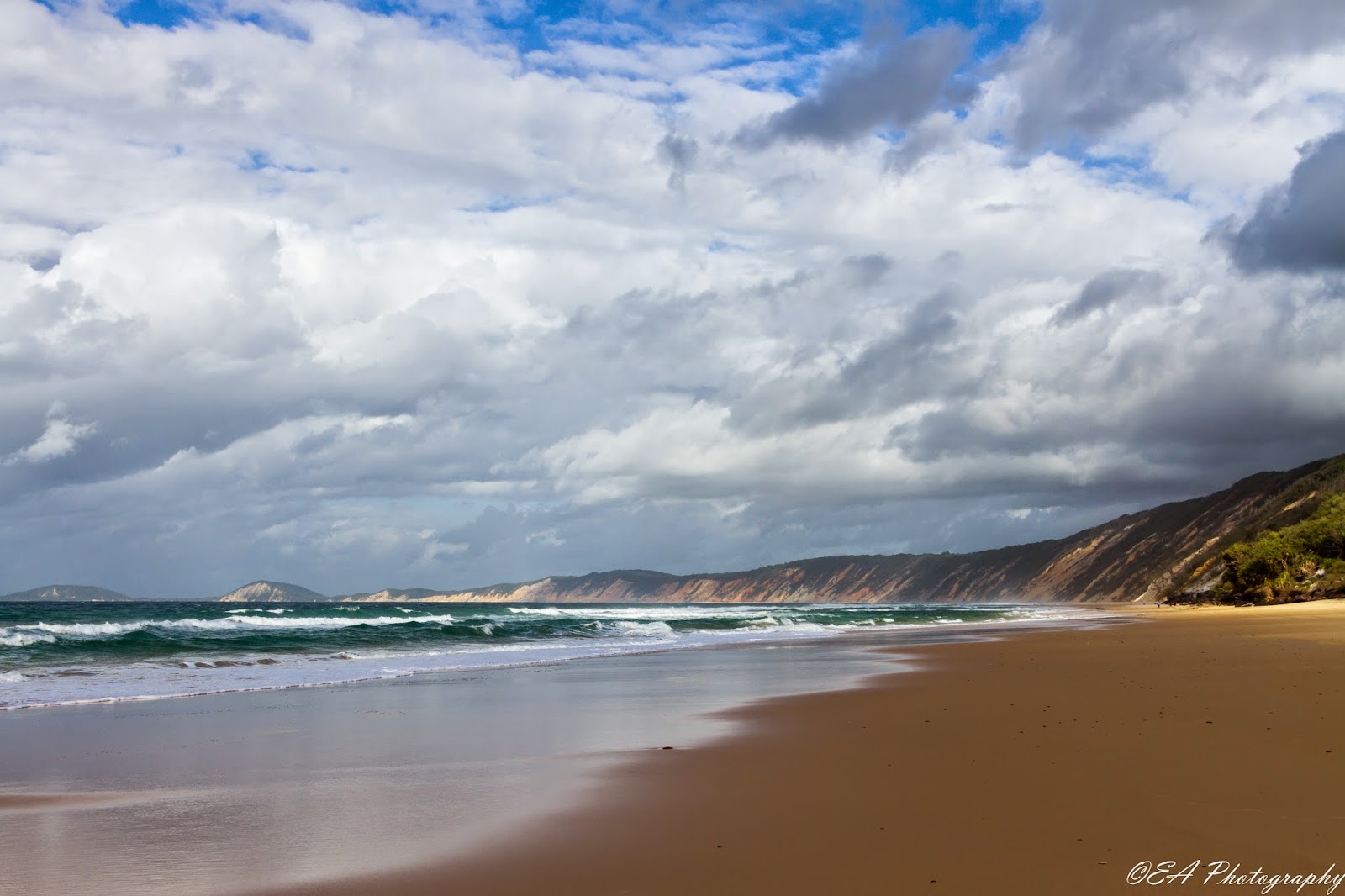 The beach curves around as far as the eye can see (and then some) and 4WDing can only be done at low tide. 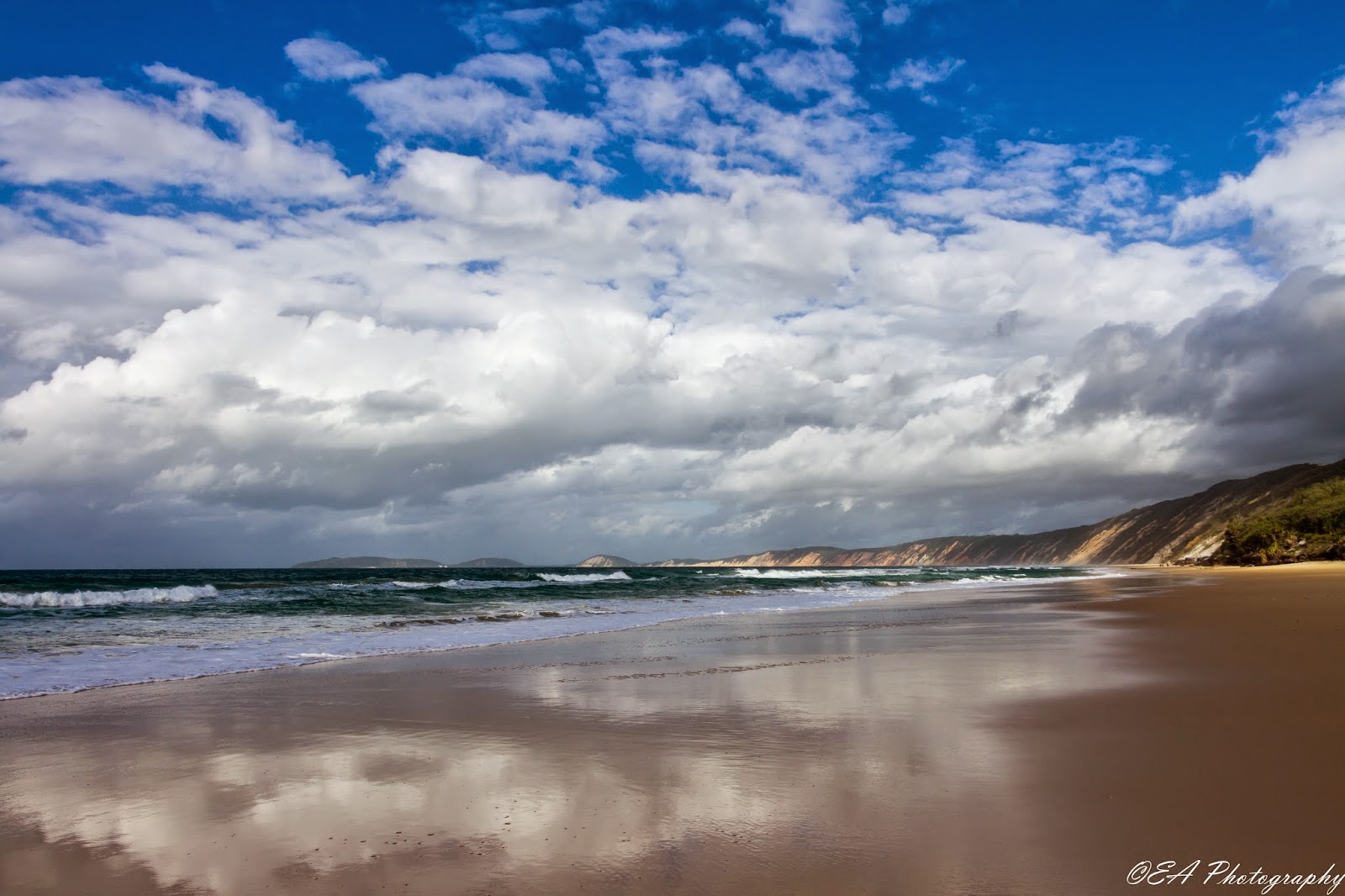 On this particular day, the reflections were perfect. 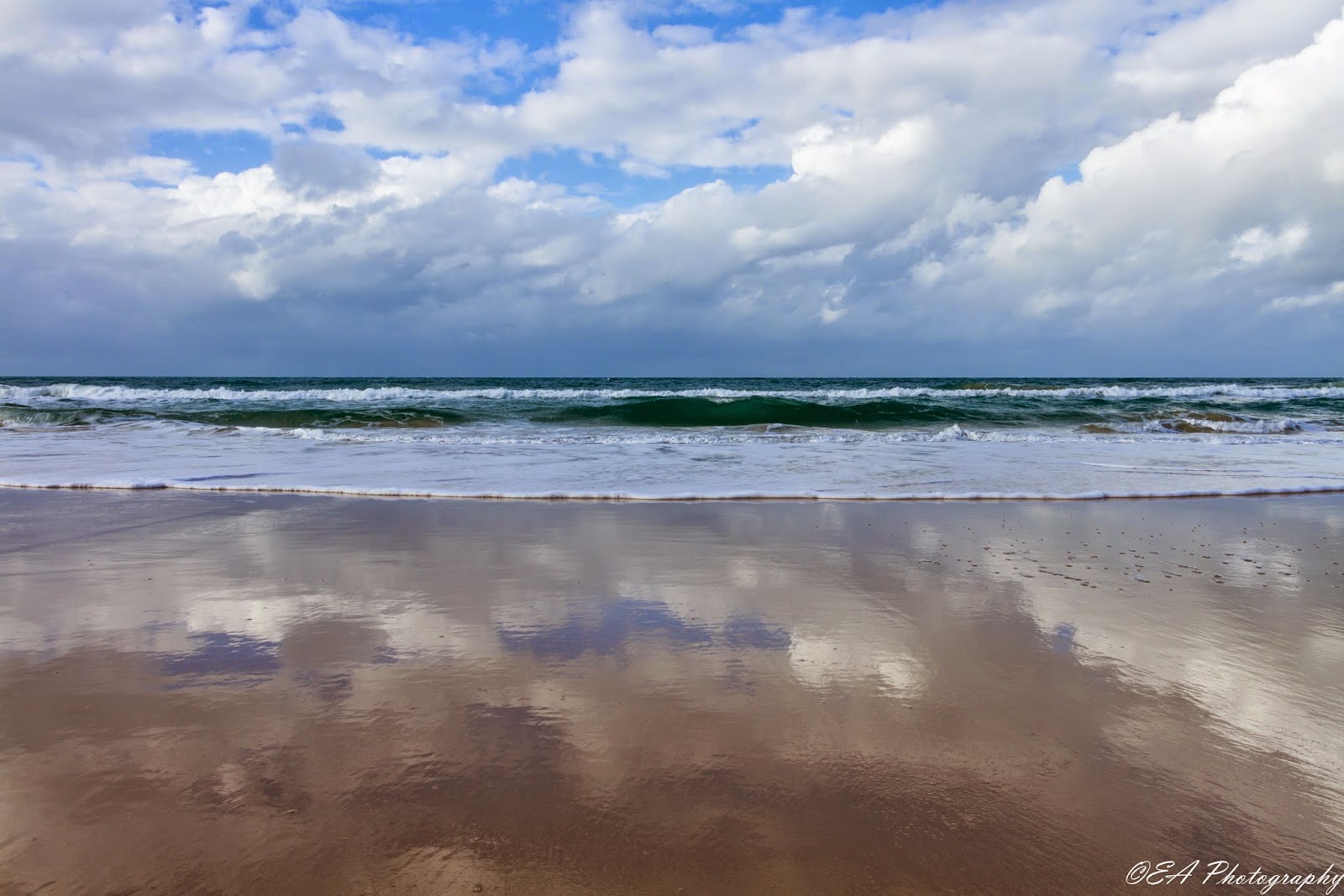 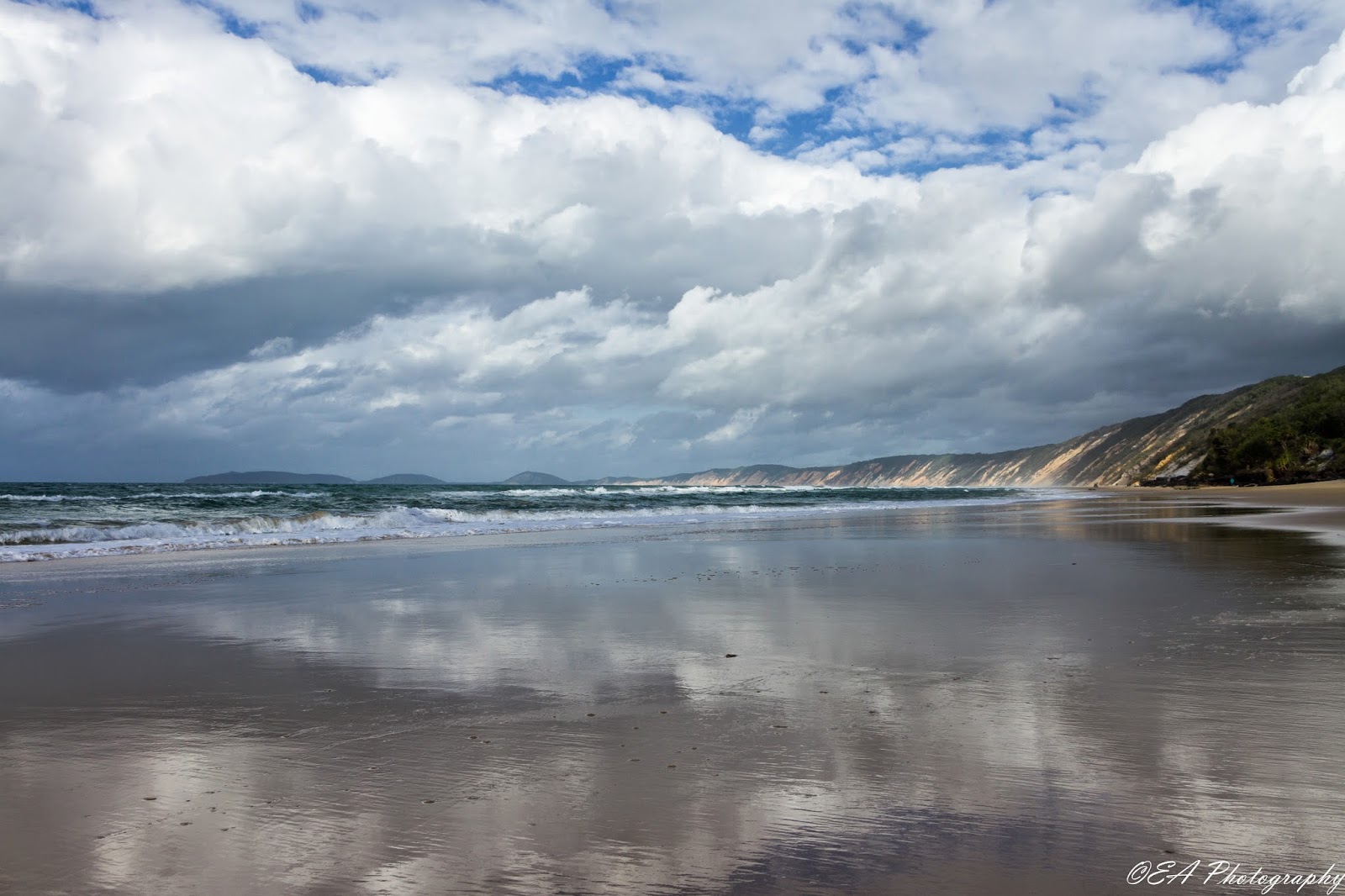 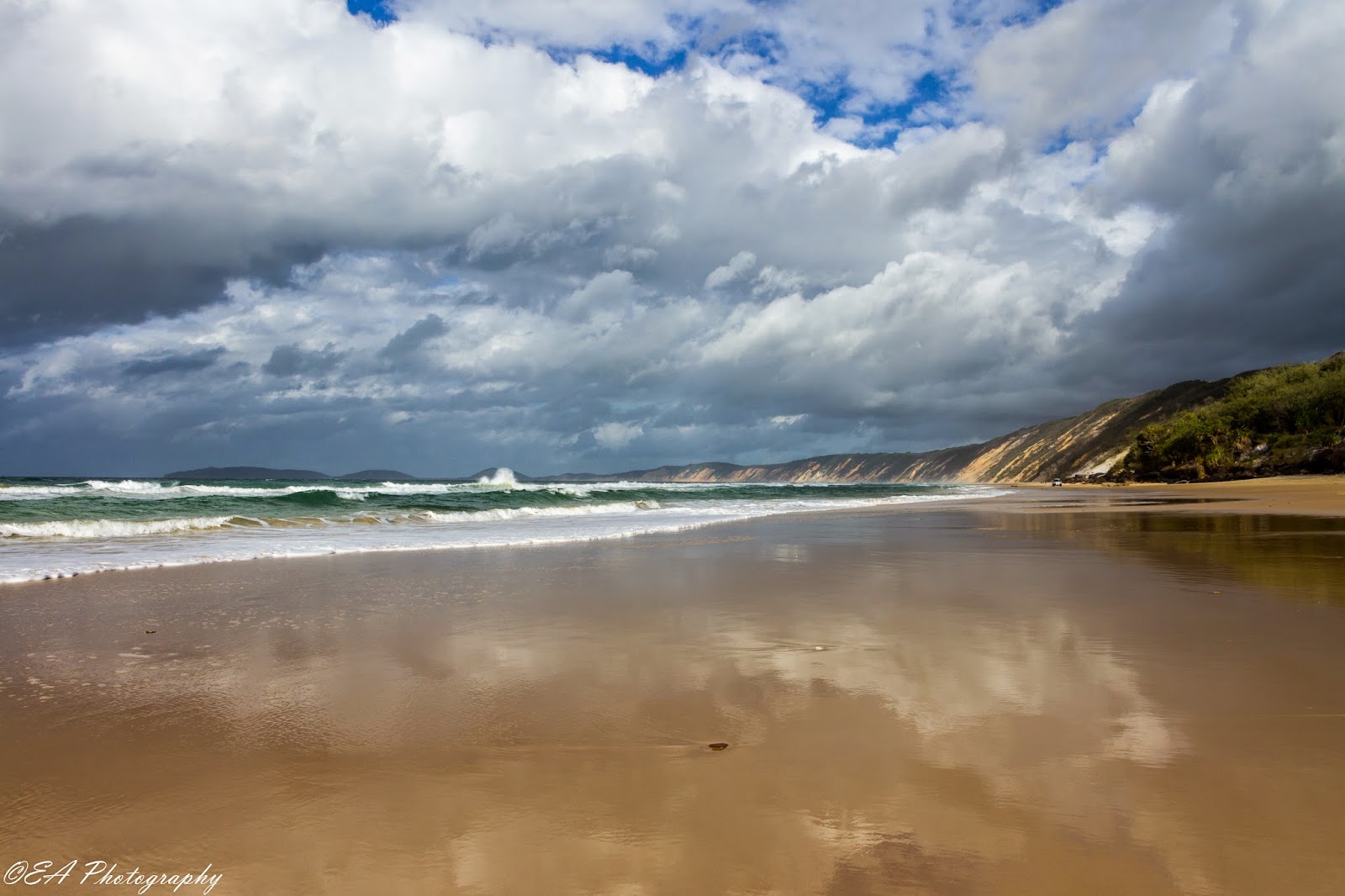 Zooming in on the rock face, you can get a glimpse of the many colours of the sandy cliffs. Erosion has caused the cliffs to display around 72 different colours. The colours are attributed to combinations of iron oxide, leeched vegetable dyes and also the many rich mineral contents. 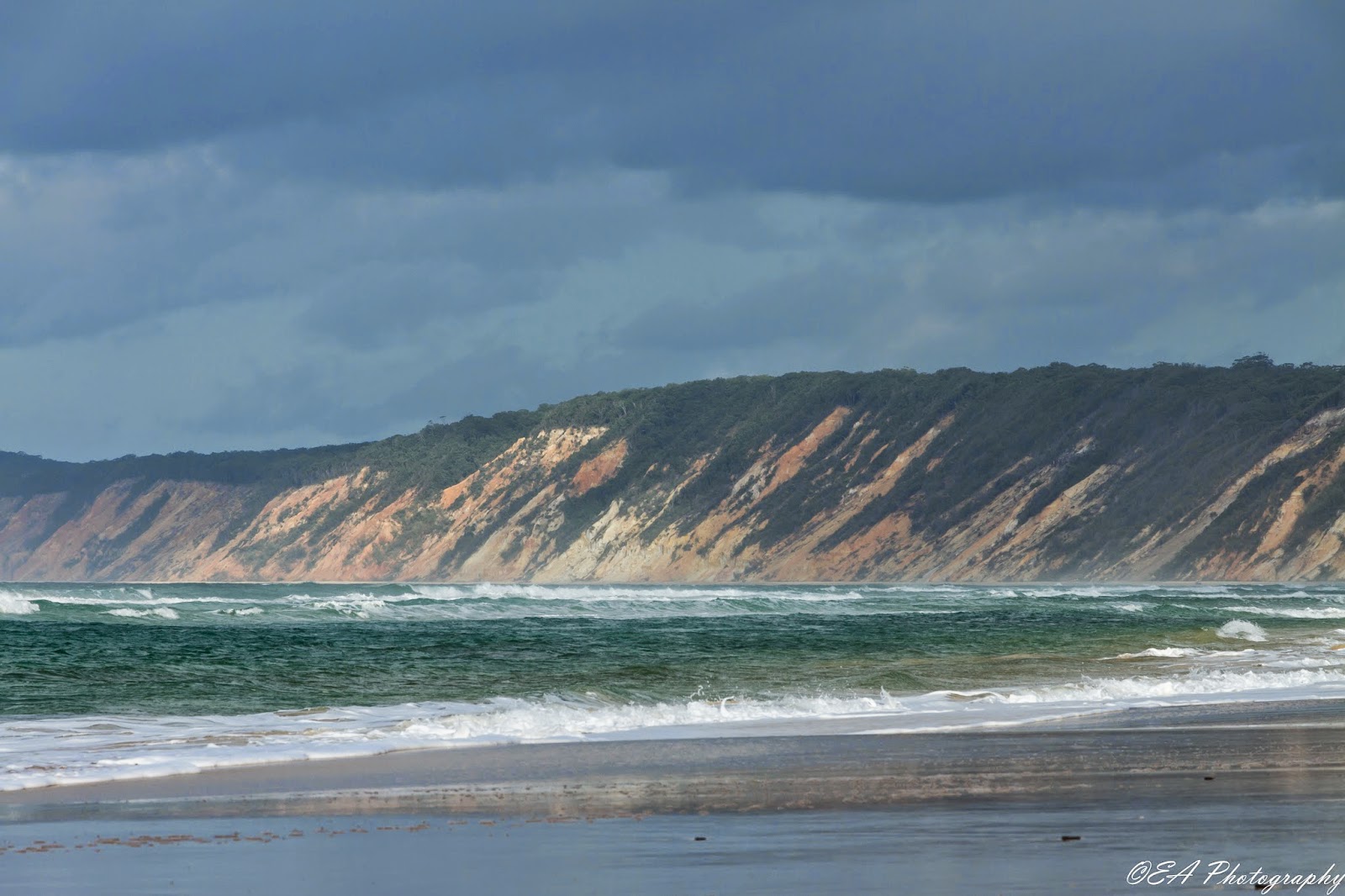 Another wonder above the beach is the Carlo Sand Blow; a 15 hectare expanse of sand overlooking the rainbow coloured cliffs of Rainbow Beach. Unfortunately by the time we reached the Sand Blow, a storm was rolling in and it started to rain so I was unable to get more images. 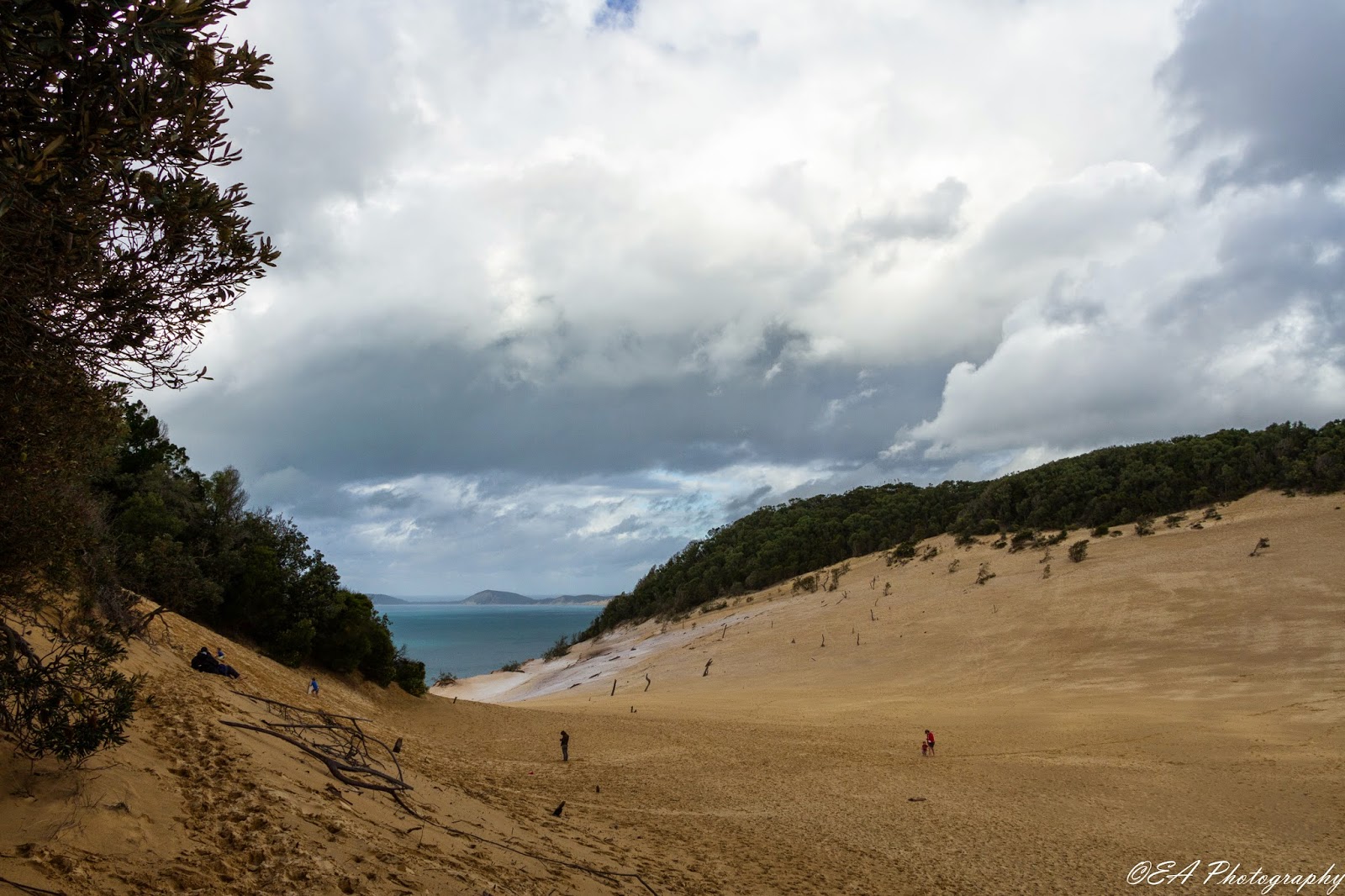 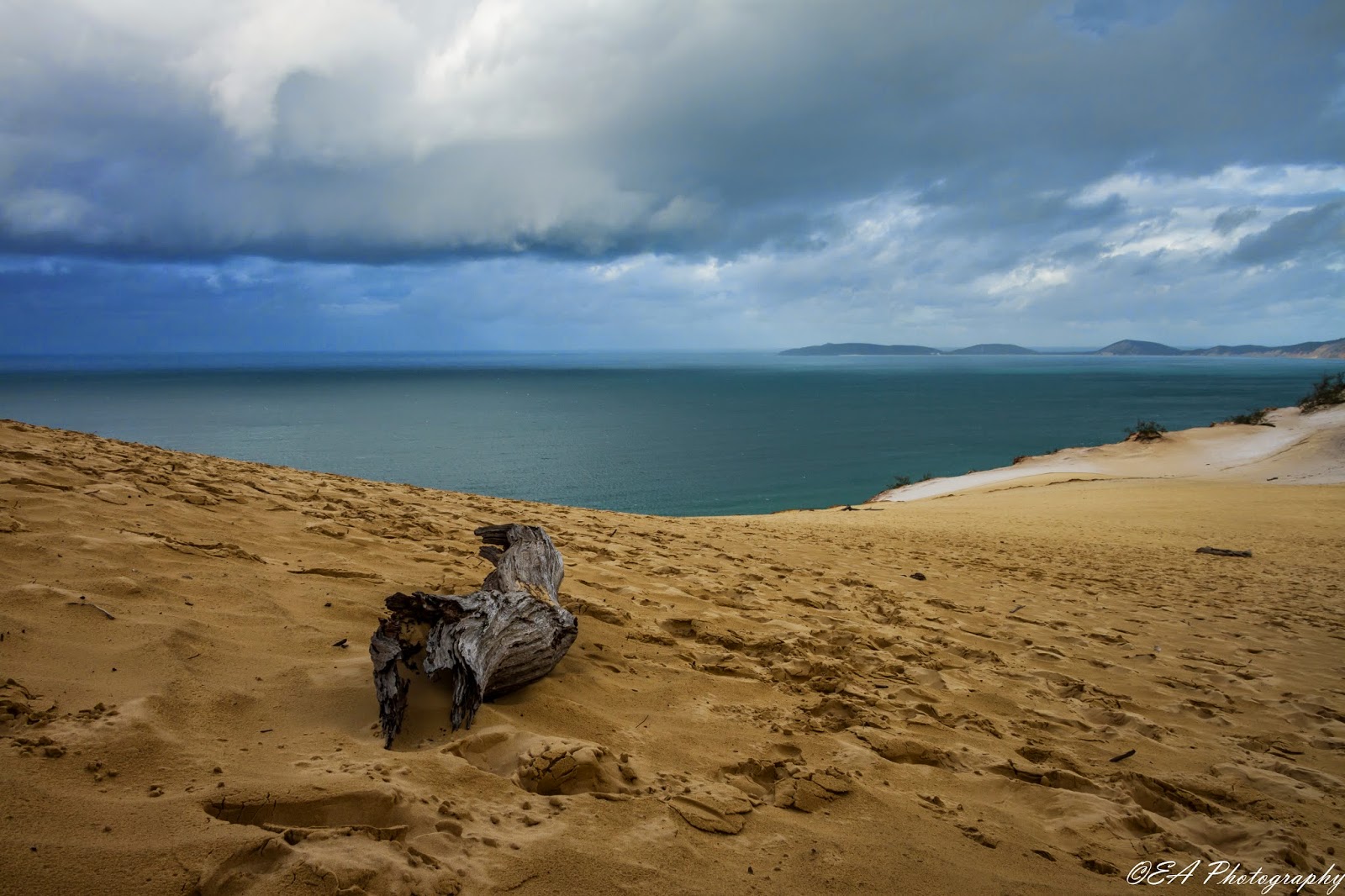 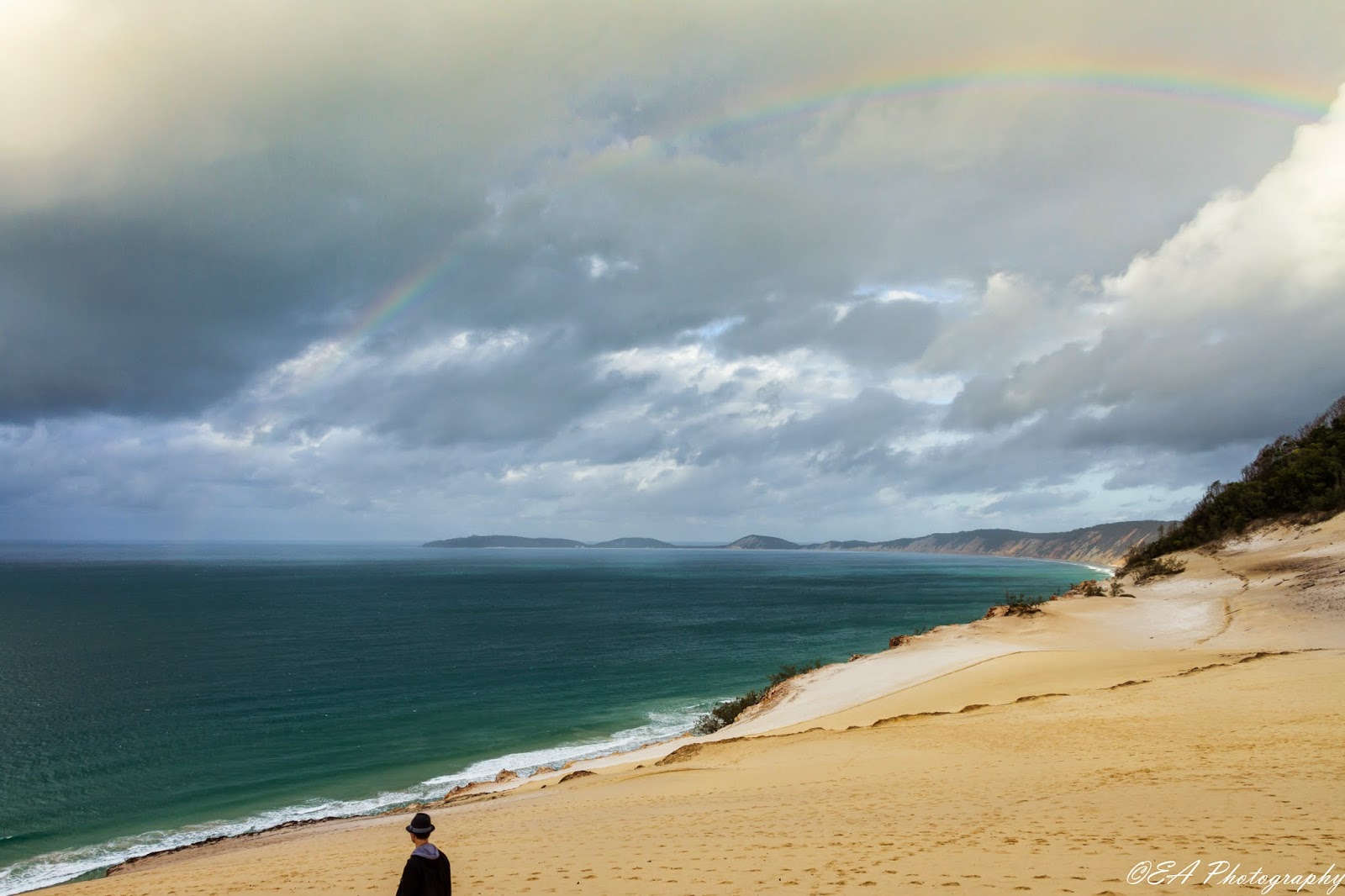 We are definitely planning a trip back to Rainbow Beach this year for more than a nights stay so we can leisurely explore more of the region.