In Australia, the Sulphur-crested Cockatoo's range extends throughout the northern and eastern mainland, and Tasmania. A small population has become established around Perth, Western Australia. Sulphur-crested Cockatoos are found in a variety of timbered habitats and are common around human settlements. The birds stay in the same area all year round. Their normal diet consists of berries, seeds, nuts and roots.

Previously, I had only managed to photograph them from one of their favourite hangouts just before a storm blew in. 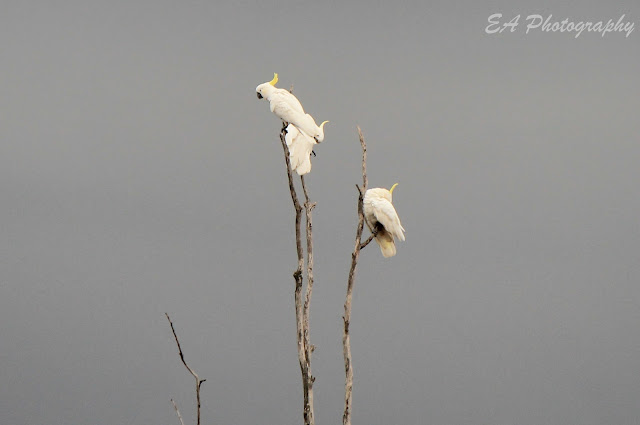 I posted these next 3 images at the end of last week for another purpose BUT I had always planned to post them for this link up. For weeks, I have been trying to capture this resident group of 6-8 Sulphur-crested Cockatoos, while they were feeding. I was thrilled to find them on the vacant block around the corner as I ventured off on my afternoon walk last Friday. 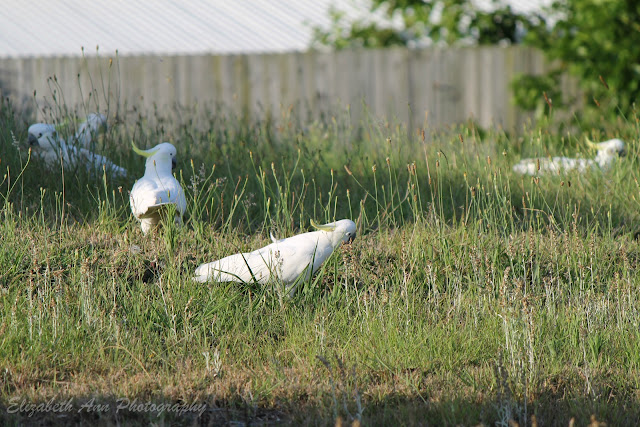 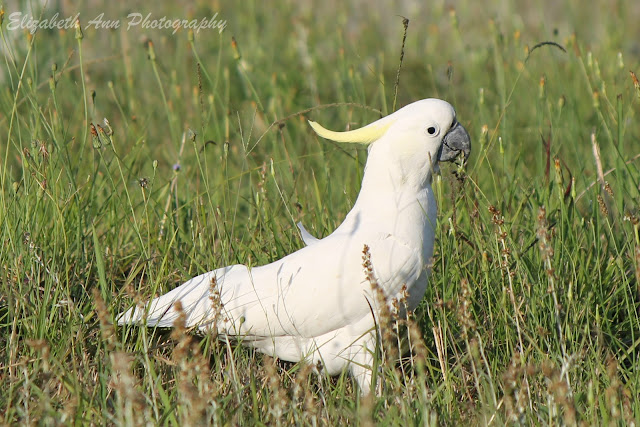 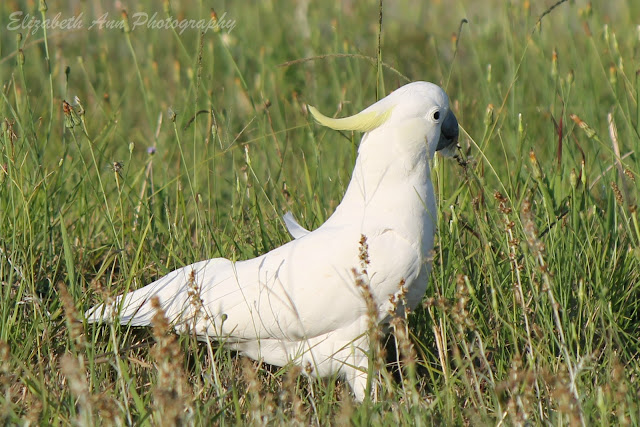 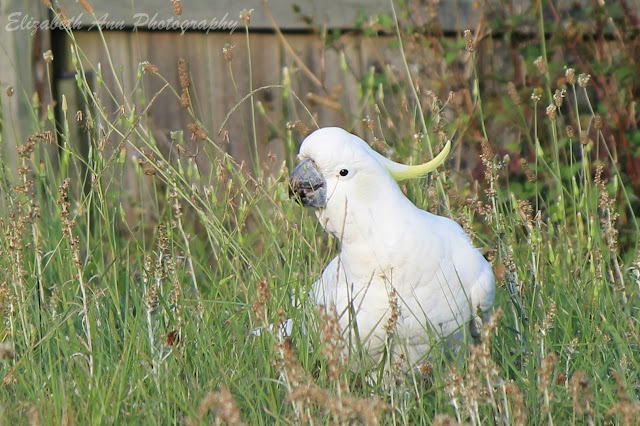 Next week I will finally post my numerous ducks which have been waiting patiently in my October folder for a couple of weeks..

They are very intelligent and entertaining birds but unfortunately also easily bored and like flocks of galahs and corellas, very destructive to the trees they roost in. Having quite a sizeable flock of galahs already, I am not at all happy to see a growing flock of sulpur cresteds increasing as well. A couple passing through is fine just not a whole flock all year round.

Nice seeing birds in the wild.

What wonderful birds to see in the wild... many thanks for sharing.

it is wonderful to see them free

They are such beautiful and clever birds!

If one of these guys landed in my yard I would call the newspapers. Amazing birds. Why is it they seem to have a more human like consciousness about them? It's like they have a bond with us akin to the man-dog relationship. I ramble...Wonderful shots Liz!

Cool shots of a bird I have only seen in a cage.

Your photos are all just beautiful!
blessings,
Marcia

Nice to be able to close to these little fellows. Great compositions.

Hi there - great shots! Just like Arija said they can be a real pain at times - have watched them ripped shade nets to bits in a most efficient fashion!

I really like the first shot with the grey sky!

Hello, they are beautiful birds. Great photos and thanks for sharing yoru birdds on WBW. Have a great day!

Wonderful to capture these birds close to home. They make great pets and can be trained to speak/imitate so well.