Over 2 weeks ago, I had knee surgery. And if that wasn't enough to deal with, I was diagnosed with a DVT (Deep Vein Thrombosis) in my calf on Monday. I am now on a minimum of 3 months anticoagulant treatment.
I was due to have much needed shoulder surgery on the 19th September but due to the DVT, my shoulder surgery has been postponed until I have been given the all clear.

Due to this, I have barely picked up my camera in almost 3 weeks. On Sunday, Michael took me for a drive up to the Sunshine Coast to visit friends. I took my camera, just in case I had to opportunity to photograph something which didn't involve my usual walking on the sand, rocks or similar.

I was rapt when I saw a few birds I'd never come across before on a power line right beside where we parked the car. 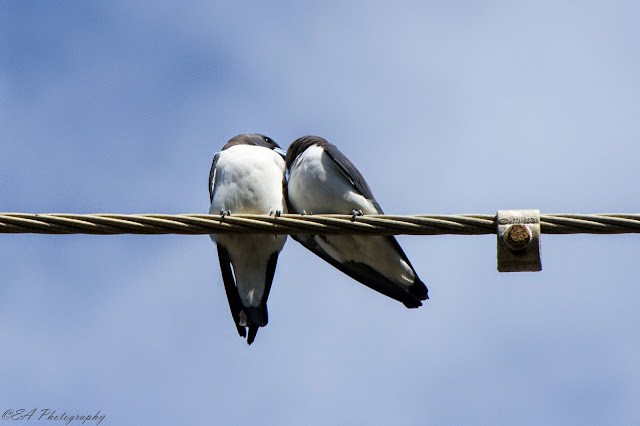 These 2 were very affectionate... 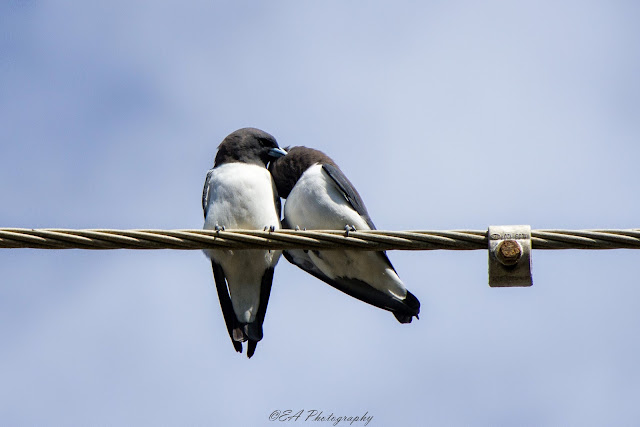 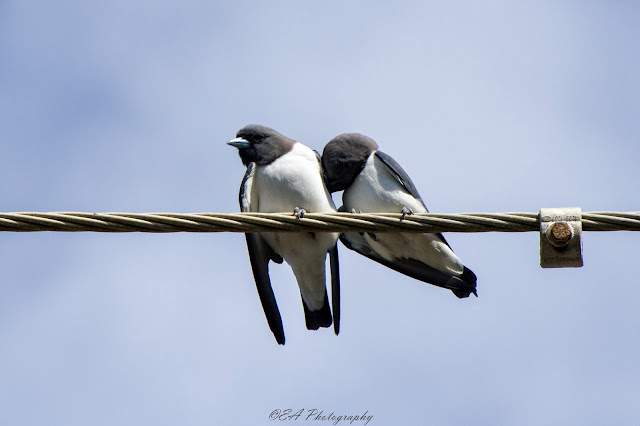 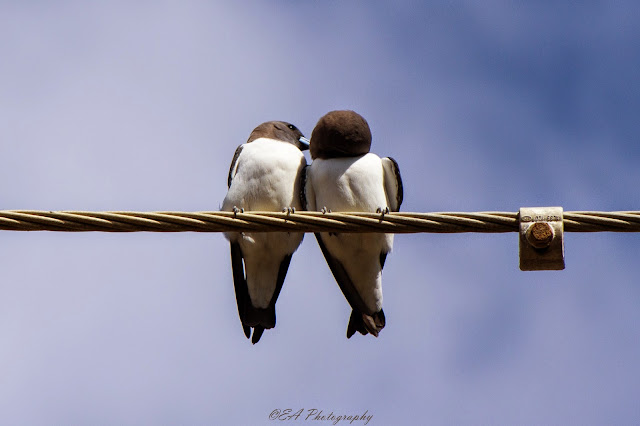 The White-breasted Woodswallow is a medium-sized bird with a dark grey head and neck. It has dark blue-grey upperparts, tail and wings, white white underparts and underwings.
They are found in eucalypt forests and woodlands, usually close to water, and in mangroves.

These White-breasted Woodswallows were found on a suburban street, near the beach. 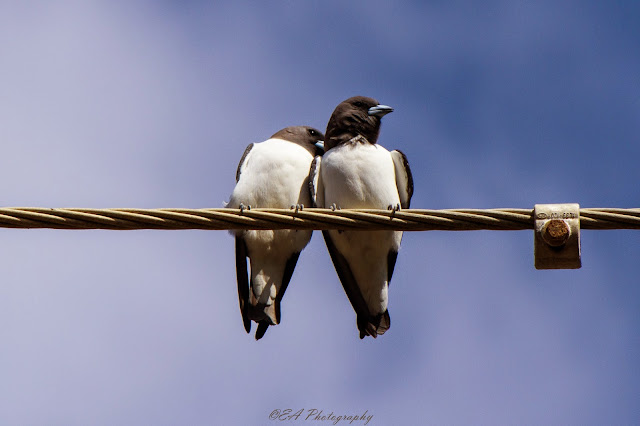 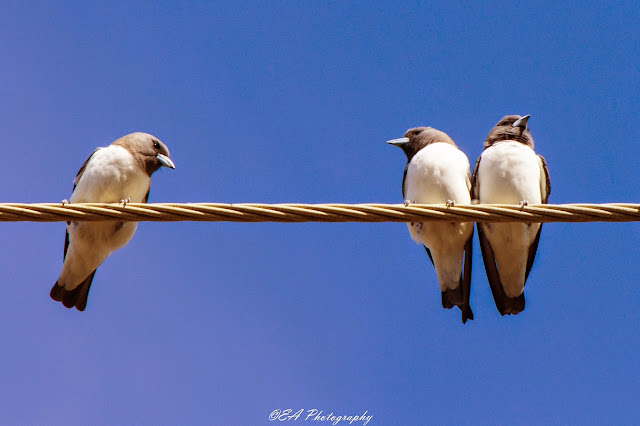 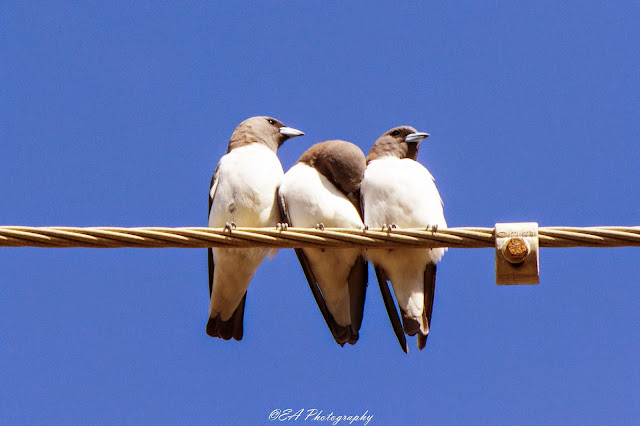 Joining in with Stewart's meme:

I've not seen these swallows before - they do look affectionate. I hope you body continues to heal well.

how lovely to see them so close as you did; they're a beautiful looking bird. Best wishes ..

THIS IS SO WONDERFUL LIZ..... compliments for this lovely serie..... i like the contrast colors to.

Hey Liz!
Finally got around to clicking that link!
Love these guys and the way they line up!
I'm pleased they gave you a little distraction from your ordeals!
Enjoyed the post
Pete (IG)

they are gorgeous. i am SO sorry about the DVT!!! scary!

Great photos - I love the way those birds always seem to snuggle up together when they roost. I hope you are feeling better soon.

Aren't they just adorable. They look like they'd be so soft to touch.

Fabulous shots of the sweet swallows! I hope your knee heals well.

Wonderful shots - I always like watching Wood Swallows - and I do that because I never get any pictures!

Cheers and thanks for linking to WBW