“The ocean stirs the heart, inspires the imagination and brings eternal joy to the soul.” ~ Robert Wyland


It's no secret to my readers that the beach is my "happy place".

Casuarina Beach runs almost due south for 8 km from Cudgen Headland and Creek to the rocks just north of Norries Head, at Cabarita Beach. 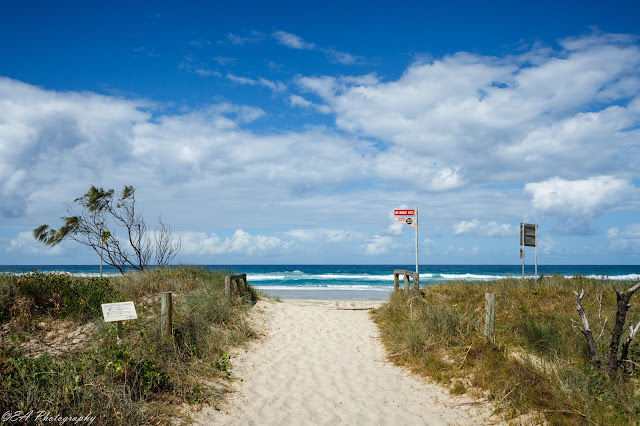 The view from Casuarina Beach to Norries Head. 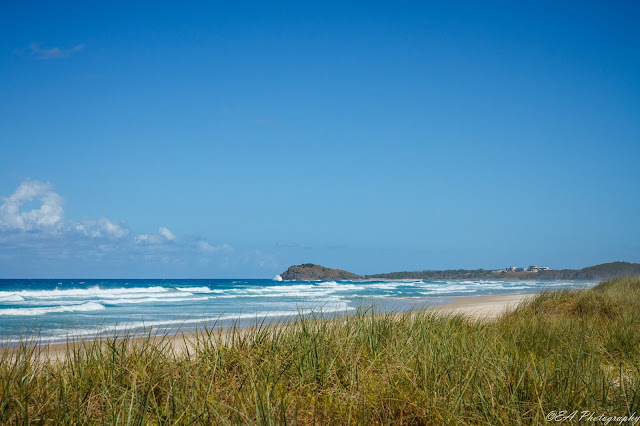 Almost completely encircled by a nature reserve, lake and its beautiful beaches, Cabarita Beach is an unspoiled pocket of paradise on the Tweed Coast.
Cabarita Beach, only 20km south of the QLD border, is one of our favourite destinations on the Tweed Coast. The original name of this charming seaside village was Bogangar, an Aboriginal name, meaning "place of many pippies".

Down on the rocks below Cabarita Hill, just north of Norries Head. 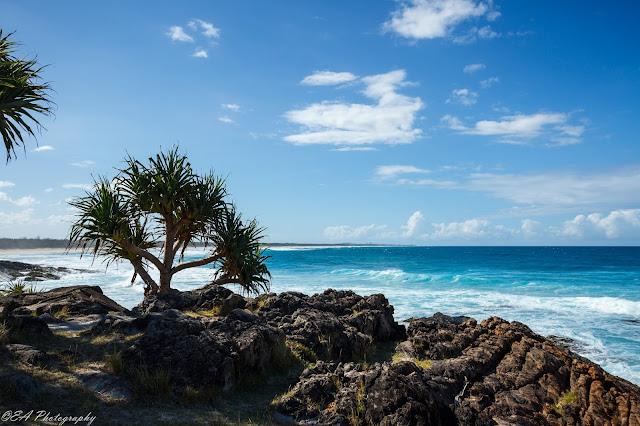 Looking north, all the way to Fingal Head in the distance. 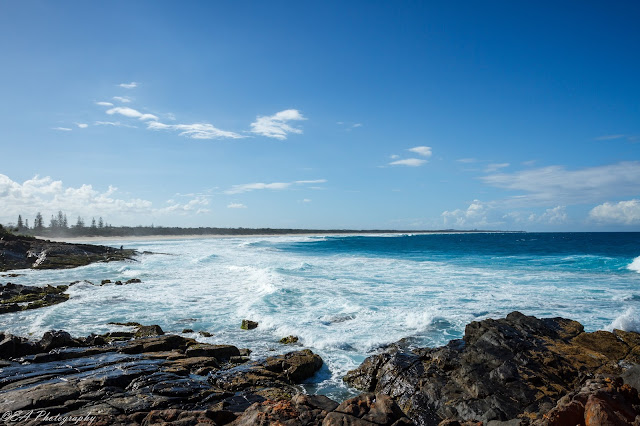 Looking south along Maggies Beach from the Cabarita Foreshore Trail which takes you up to the top of Norries Headland, where there are stunning uninterrupted views to the north and south. 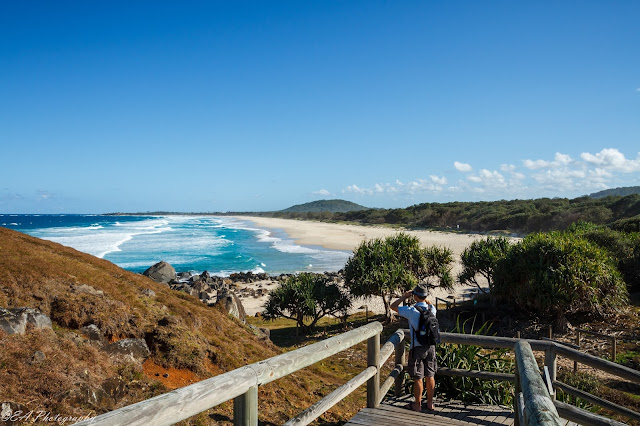 More views south from the top of Norries Headland. 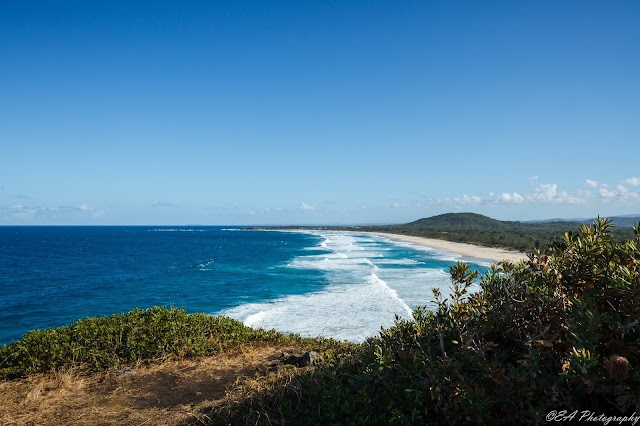 Looking south along Maggies Beach; the rocks below are called "Razor Back" and the headland in the distance is Hastings Point. 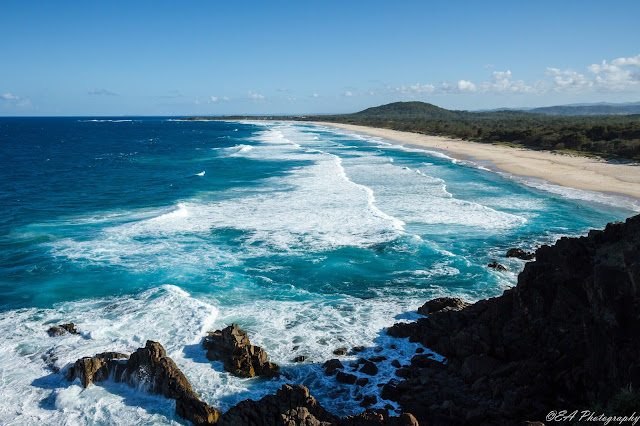 Looking down on Norries Cove, immediately south of Cabarita Beach. The 200 m long beach is tucked in between Norries Head and the rocks and bluff that separates it from Cabarita Beach. This is an unusual beach, in that it varies tremendously in size and shape depending on the pulses of sand (sand waves) moving around Norries Head. 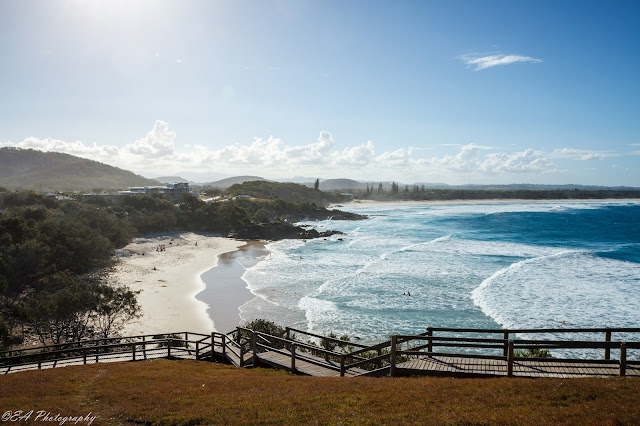 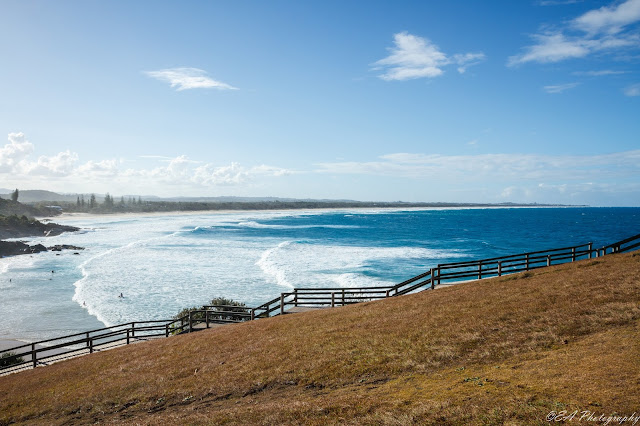 Facing west, we watched the sunset, just the two of us. While it wasn't one of the most stunning sunsets I have witnessed, it was certainly serene.
I am always in awe of God's special way of "announcing" the end of the day! 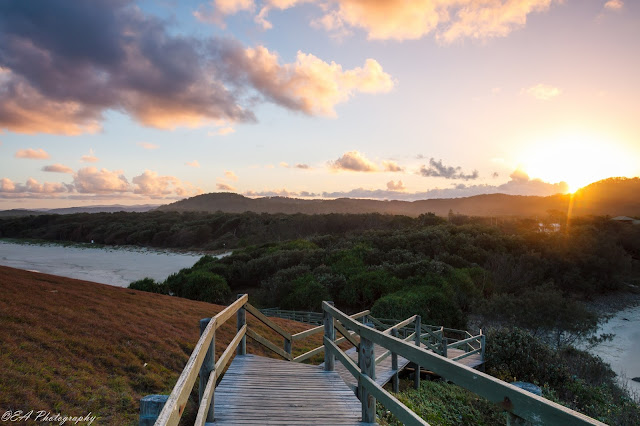 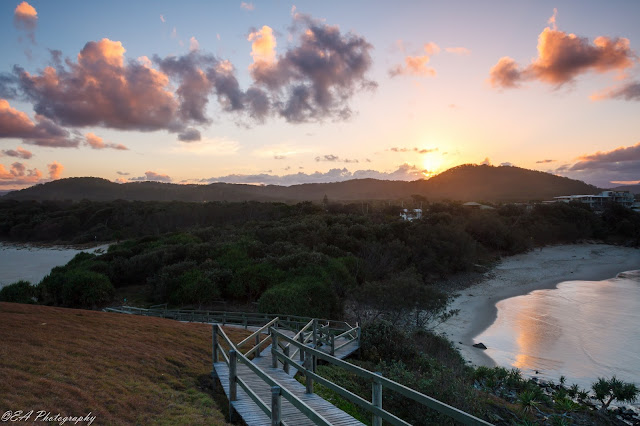 I've been suffering severe withdrawals from our regular weekend beach trips (usually every 1-2 weeks) due to some surgeries and a prolonged hospital stay during the last 6 months.

I'd give anything to walk along the sand by the waters edge. I do hope I can head down to the beach this weekend...

Linking up with the following memes: 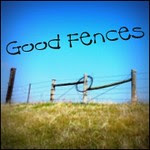 Wooooooow !!! These views are so gorgeous !!! Thanks for sharing your photos !!!
I appreciate the scenery summer because we have winter here in Poland !
Greetings

Hello, wow gorgeous images of your beautiful coastline. The views of the beach and water are stunning. Have a happy new week!

Those colors are fantastic, as is the place itself. Such a great coastline to relax and walk. Thanks so much for linking in with "Through My Lens"!

Makes me look forward to my visit to NZ in about 6 weeks.

I am speechless. Such beauty!!!

Out And About Global said...

Very beautiful area, I can see why it is a favorite!

I hope you can head down to the beach this weekend too! We do have some extremely beautiful coastline right in our own backyard in eastern Australia - you share it wonderfully in your photos.

My Dad always said " God's own country", because it is so beautiful.

Such a beautiful place! Gorgeous photos!

You live in a beautiful place!

What a beautiful trail !!! and a fantastic beach ... it looked really windy that day, didn't it ?

An absolutely stunning coastline! I hope you make it there at the weekend for an uplifting visit.

lovely images. The ocean is so blue. just gorgeous and so inviting. I hope you have recovered and are able to be back on the beach again. I even love the beach on a wild day when it seems to blow your cares away. Have a lovely Christmas and trip to your parents. and thank you for stopping by my blog this week.

Love the beach/ocean. Here on the east coast of the US we have flat land that leads to our beach so a different terrain intrigues me. Husband is on the beach in all kinds of weather everyday with our 2 little dogs. It's great living near the ocean...peaceful this time of year.

It would be my happy place too... Michelle

magnificent beach views. wishing you healing to be able to visit the beach

O my God..how I miss the beach and those warm water..You are lucky to be surrounded by beautiful beaches. It's my happy place, too :). Cheers..