A Walk in the Parklands

I was feeling a little sorry for myself, and when I noticed an empty meter parking space as I drove through the City, I decided to pull over and pay the $10 for a 3 hour time slot and explore Roma Street Parklands in Brisbane City. I hadn't been there for a number of years and last time I had 30+high school students in tow - not so easy to appreciate the scenery amongst the noise and activity.

I crossed the road and entered the Parklands - I was surrounded by so much greenery and colour. It was beautiful!! I spent the next few hours exploring and marvelling at God's creation and attempting to capture it with my humble little Canon Digital IXUS 950 IS.
Here are a few of my images: 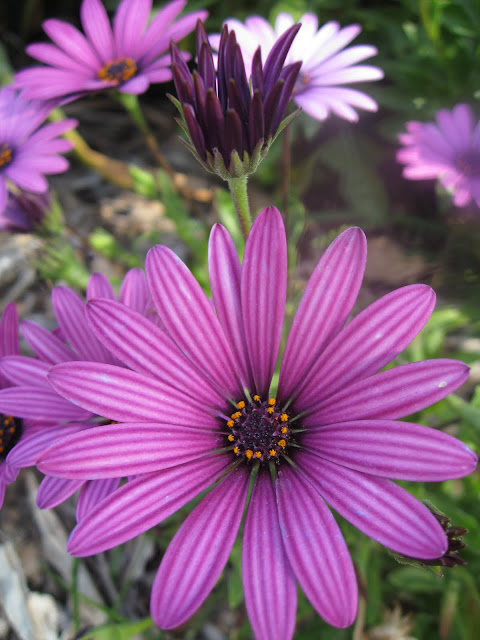 To quote Shug in Steven Speilberg's The Color Purple: "I think it p****s God off when you walk by the colour purple in a field and don't notice it."
And in that vain, here are some more: 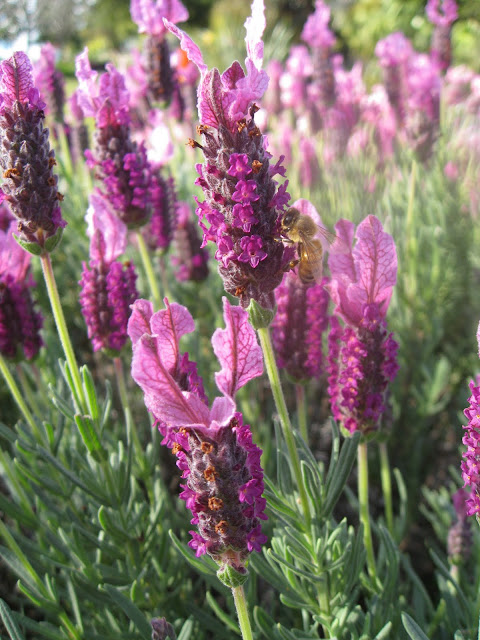 I am allergic to bees, so taking this one (my hand only 5cm away from it) was rather risky! 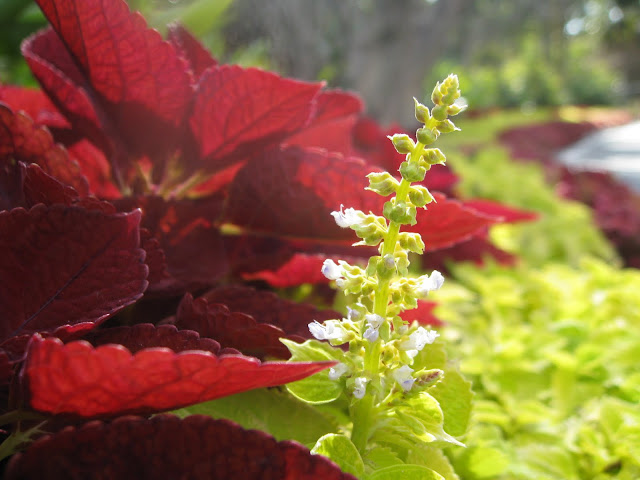 I really love this photo with its contrast of colours. 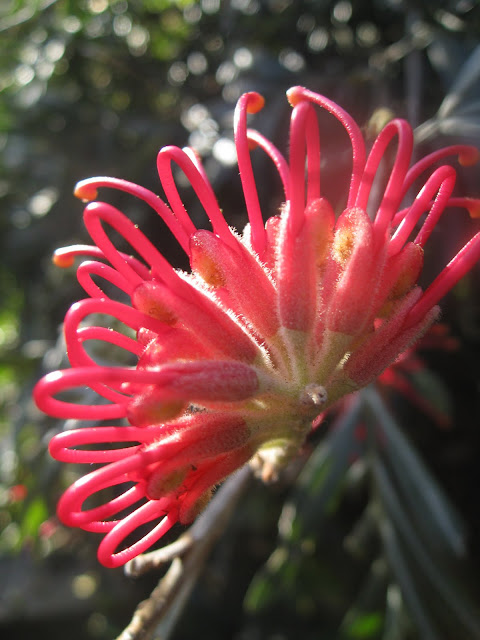 Grevillea.. One of my favourite Australian natives
Then I came across a garden of amazing colour... so beautiful!! 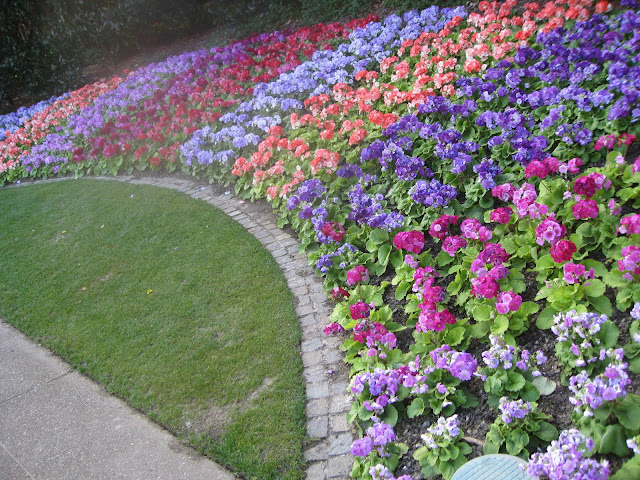 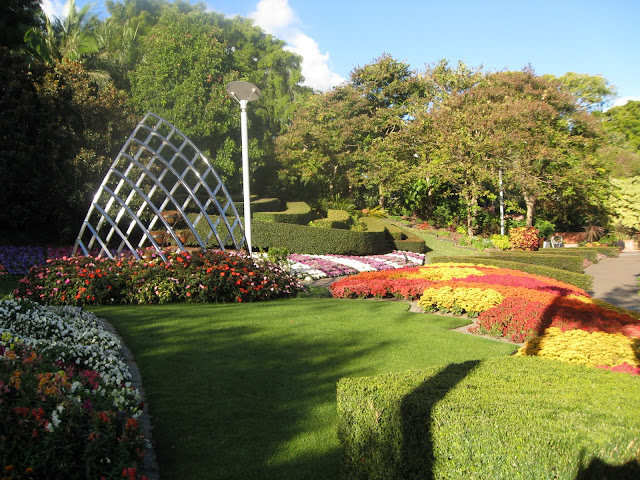 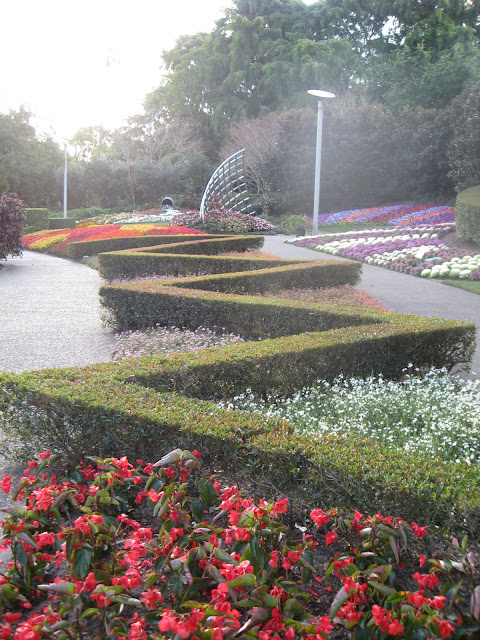 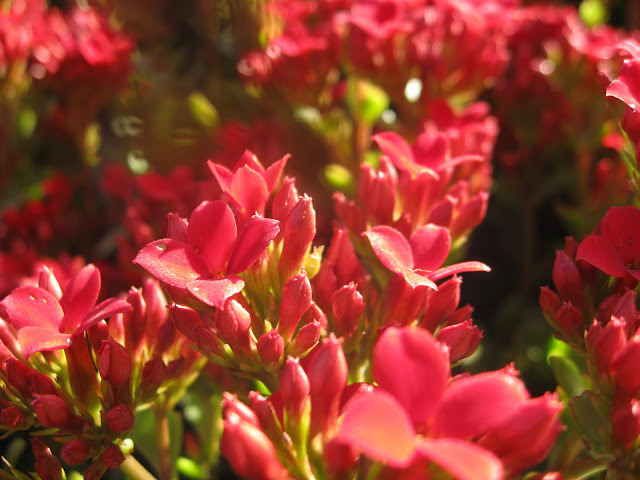 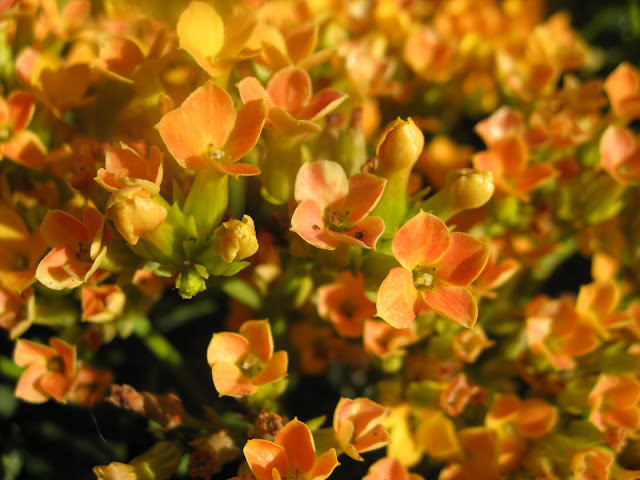 On my way back to the car, I decided to check out the 'The Old Windmill'. I have driven past the windmill many times over the last 20 years and do so every Thursday afternoon.
Dating back to 1828, the windmill is the oldest surviving structure in Queensland, Australia and was situated at the Moreton Bay penal settlement, up the hill from the Brisbane River. In 1842 when the penal settlement closed, it was converted into an Observatory and Signal station. Through the late 1880's and into the twentieth century, the fire brigade used it at night as a fire observation tower. It has also been used as a tower for radio and television research, as well as the first experimental television broadcast in Queensland in 1934... quite a history. 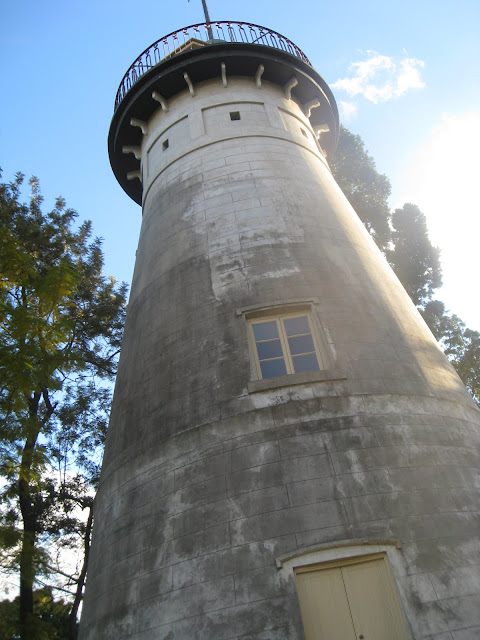 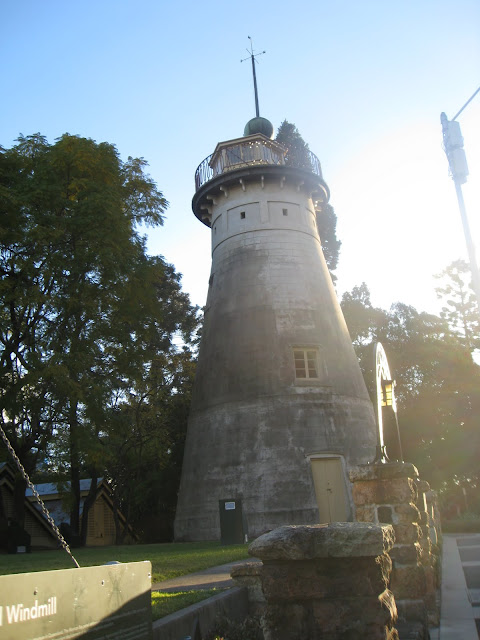 I thoroughly enjoyed my day exploring new & forgotten places in the beautiful city of Brisbane which I have often taken for granted.

Hopefully the 3 hours in the sunlight has assisted in boosting my severe Vitamin D deficiency. :)
Posted by Liz at 11:52 PM

I'm so glad you treated yourself to this visit. Too often we rush past, thinking we'll do it another day. YOu have some lovely photos to remember the visit with too.

Thanks so much! It was a much needed time out. I plan to take more time out for myself - something I neglected to do while raising my children alone for so many years. I have missed out on a lot of opportunities to "look after myself" but I plan to make up for it now. :)

What a wonderful day and what amazingly beautiful flowers! I'm so glad you had this time to yourself. I had 3 hours of solitude yesterday and it is something I crave and need, but get not nearly enough!

I feel for you and your injections, though I have no clue what it would be like!